Posted by: bukejonah in Entertainment February 8, 2018

Singer Spice Diana, together with her management, cancelled up their concert last week. This event was put on hold in order to allow people have chance to mourn for the fallen Vocalist Mowzey Radio.

Diana was interviewed and she promised to raise money from this concert which will be used to support Mowzey Radio’s family, as a way of paying tribute towards them. Diana made those statements yesterday morning at a press conference

She made it clear that all the profits to be made out of the concert will be handed over to Radio Mowzey’s family. This concert will be scheduled at Namasuba Front page.

The beautiful queen Spice Diana gave authority to the Golden Band singer Mesach Semakula as the care taker to her financials, and he will hand it over to the late’s family.

“I will hand over all the collected money to Mesach Semakula because he is one of the top heads in our association” Diana stated.

But still Spice stated something during Mowzey’s funeral,

“I will contribute anything to Mowzey’s tribute if it doesn’t exceed my limit.” She added on.

She calls upon all her funs to join her on this big concert for the best performances. Spice Diana has songs like Bimpe, Tekinanta, Anti Kale to perform on her concert.

That same day, she promised to premier her new video featuring the Mowzey Radio and Weasel.

Radio spice diana 2018-02-08
bukejonah
Loading...
Previous: Me And Mowzey Radio We Were Never In Love-Pamela Says
Next: Nothing Will Stop Me From Speaking The Evils In Police- Kirumira 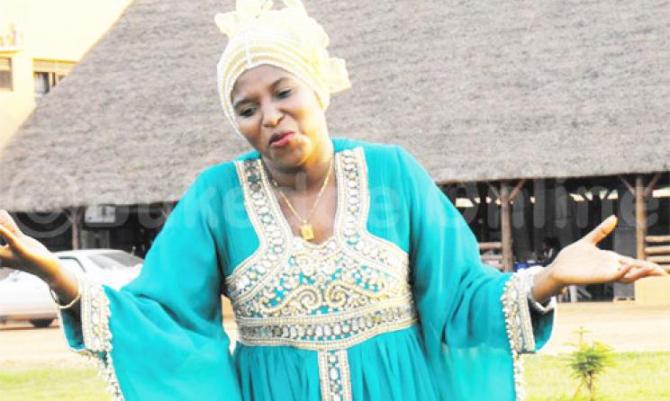 The legendary musician Hajjat Madina who was popularly known for her ‘‘Bibuuza‘ song has been ...