Uganda Crested Cranes, unfortunately, made a wrong start to their journey at the Women Africa Cup of Nations when they lost 2-0 to Senegal.

During the Group A game played at the Moulay Abdellah Sports Complex in Rabat, Senegal took advantage of two defensive errors to score both goals of the day.

Diakite Ndeye converted from the spot six minutes before halftime while Nguenar Ndiaye got the other for the Lionesses of Teranga five minutes into the second half. Senegal proved to be the dominant team from the start as Uganda had a sloppy start to the match.

Chances to score for Uganda came through Fauzia Najjemba as her first attempt from a corner kick hit the base of the goalpost. The Senegalese goalkeeper saved the other attempt.

The opening goal came in the 39th minute with Ndeye converting from the spot after Aisha Nantongo fouled in the box.

Towards the start of the second half, Crested Cranes head coach George Lutalo reshuffled some pieces. He brought on Fazila Ikwaput and Phiona Nabbumba for Viola Nambi and Hasifah Nassuna respectively.

Five minutes into the second, Yudaya Nakayenze attempted to give a back pass to Nantongo but instead gave it away. Ndiaye capitalized on this error giving her team a double lead on Uganda.

Nabbumba nearly scored moments after coming when she shot from distance but her strike hit the upright.

Uganda leaped pushing forces ahead in search of a goal to seem like the better team in the second half. However, the Crested Cranes will now shift focus to Tuesday’s game against hosts Morocco. 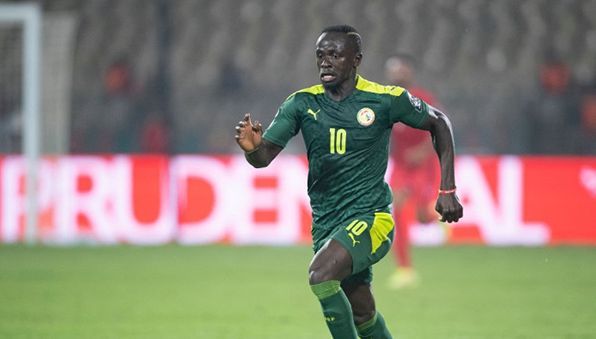 Sadio Mané is one of the best African players who has shown himself excellently in ...