Parents and schools in Kampala have been asked to increase their vigilance and adherence to the SOPs. This follows confirmed cases of Ebola among some students in Rubaga division in Kampala.

Aceng revealed that one of the students is a primary seven candidate preparing to sit for PLE. She further noted that 170 contacts from these schools have been listed for follow-up.

“The P.7 candidate is in isolation. I must state here that I feel for the parent and I feel for the P7 candidate. We have discussed this case and we all agreed that he is illegible to the trial drug,” she said.

According to the Health Minister, at least 3 people are to get vaccinated against the disease as the ministry begins trials for three possible vaccines. The ones to be vaccinated include the contacts of those infected as well as frontline health workers.

The students who tested positive for ebola South Sudan-Strain are part of the contacts of the fatal case from Kassanda district.

It has been 35 days since the ministry of health announced the Ebola outbreak. Currently, the number of confirmed infections stands at 109, 30 of whom have succumbed to the virus. 34 have been treated and have improved while 45 are under treatment.

To stop further exportation of cases into other parts of the country, President Museveni directed the restricting of movements. These are into and out of the districts of Mubende and Kasanda. 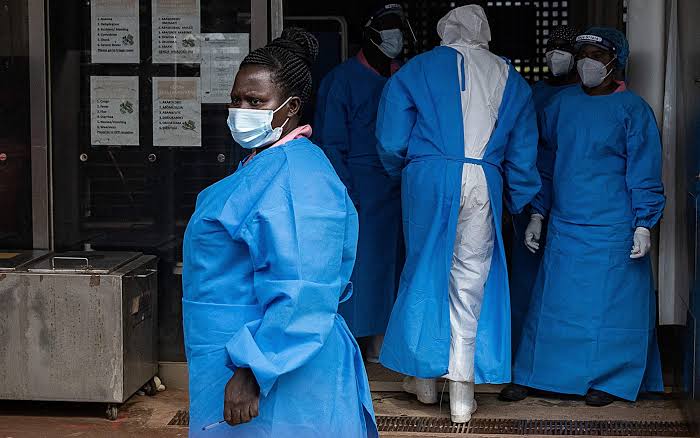 The Ministry Of Health has confirmed more Ebola cases in Kampala. These cases were reported ...