“I Left Penalty For Rashford To Become Topscorer”-Bruno Fernandes Reveals

Bruno Fernandes has revealed that he left the penalty kick during a match with Istanbul Basaksehir for Marcus Rashford because he was the highest scorer in the team.

Man United produced a five-star performance against the Turkish side they lost to in the first leg to record a convincing 4-1 win. Fernandes had put United ahead with a screamer. He added another with a stroke of luck in the opening 20 minutes of the game.

Rashford was then fouled inside the box for a penalty by Boli Bolingoli-Mbombo. The referee soon pointed to the spot after checking the VAR.

Bruno Fernandes denied himself a first-half hat-trick as he tossed the ball to the Englishman to take the spot-kick. The English striker sent the goalkeeper the wrong way to make it 3-0 after 35 minutes.

When asked why he left the spot-kick for Rashford, the Portuguese midfielder told BT Sport. “Of course every player wants a hat-trick. But after the game in the Premier League, I told Rashford that he could take the next one. So I remembered that and also he’s one of the top scorers in the Champions League. So, it’s important for him to get the confidence.

“It doesn’t matter who takes the penalty as long as the team scores”.

What Solskajer had to says

Ole Gunnar Solskajer who was delighted with his side’s attacking flair did not see anything wrong with Fernandes leaving the penalty for his teammate.  After all, he did the same for Anthony Martial against RB Leipzig. The Norwegian boss said in a post-match interview:

“It’s a good thing Fernandes gave Rashford because he’s also a good penalty taker. Martial was given the spot-kick against Leipzig, so it should be shared around”. Rashford now has five goals in four games in this season’s Champions League competition and Paris Saint-Germain at the Theatre of Dreams next.

United need a point to book their passage into the round of 16 having PSG and Leipzig to play in their final two Group H matches. 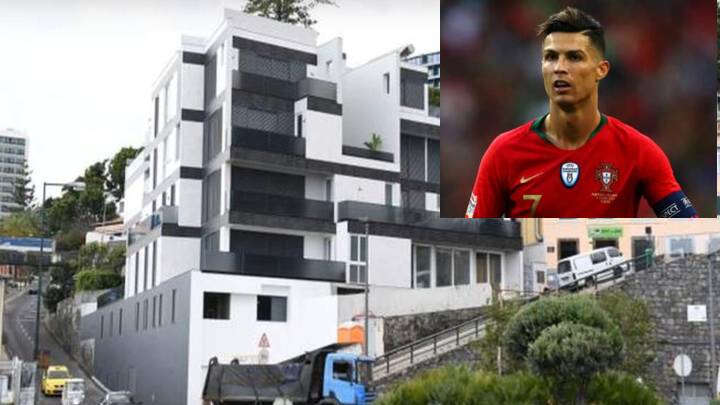 Cristiano Ronaldo’s house located in Madeira Portugal has reportedly been robbed by unknown thief who ...