Through black magic records John Blaq was able to be lifted and mentored musically, promoted and signed promotion deals.

According to information from black magic records boss, John Blaq quit this covid-19 to pursue other opportunities.

His former manager says his company has not only lost great deals in pipeline but super talent to market locally and internationally.

“As music business is concerned I will have register major loses in terms of scheduled promotion deals with John blaq exit. I natured him personally from stage one to super star level wining number of promotion deals like Pepsi and concert performances, “Mugisha said.

In addition, Mugisha says he has been able to sign up new kid on the block Martha Mukisa to replace John blaq.

The youthful female artist and former graduate of creative art at Kyambogo University is more versatile to perform well in music industry.

Already through black magic records Martha has recorded and released chart busting songs namely ssebo, Makanika and come to me.

Lack of copyright law in place hinders artists from earning right value and money for their works.

Ignorance of the role of music management by artists hinders them from concentrating on performance and music composition.

“In Uganda however, music business is still being handled in an ancient way. Most artists do not have professional managers to manage them. However, they just jungle around on performance and music management hence low quality music production,”

Advise to John Blaq and others;

Mugisha advises artists to work on close partnership with managers to build their career and music business.

“Artists you influence and command audience. In music business, respecting and working in good partnership with promoters and managers will build you as better brand ambassadors. It can therefore win you promotion deals from corporate companies and image in media and entire public,”he said.

“Learn to work with managers they do a lot behind your success.

In summary, Ronald Mugisha is the budding promoter who lifted John blaq to stardom winning him mega promotions deals. However, the brother after cashing in ran away, “Mugisha added.

Black Magic Records 2020-09-10
lukwago J
Loading...
Previous: Michael Cohen: Trump Wants To Stay In Office For More Than 2 Terms
Next: We’re Not Aware Of The Reopening Of Schools, UNEB Claims 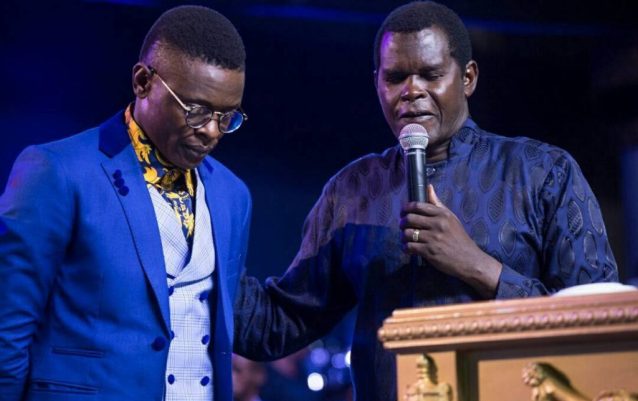