Singer Mukibi Sadat famously known as Kalifah AgaNaga has bragged about being the legendary Jose Chameleone of this young generation of musicians. Aganaga’s music no longer hits like it used to do six years ago.

This is because new talented artistes have come out like Fik Fameica, Mudra D Viral, and others.

Although these new artistes are making their way out, Kalifah AgaNaga believes he is still better than them. He said they found their easy way to fame not like him who struggled to make it.

According to the singer, during the time he rose to fame, Ugandans were taking long to recognize new talent. Names of the three artistes Bobi Wine, Bebe Cool and Jose Chameleone has locked in their minds.

He said he was surprised that people still believed in him and gave him a platform despite the three big artistes. And that’s what makes him better than the new artistes.

“I am the Jose Chameleone of this generation. By the time I came to fame, the young artists were not valued because only the “big 3 musicians”.  Bebecool, Chameleone, and Bob Wine got the awards and endorsements but people believed in me as a young artist,” Kalifah Aganaga said.

It should be noted that Kalifah Aganaga also ventured into talent management starting with Fresh Daddy and it didn’t work out for him.

Now he is into song writing after failing to make it successfully in singing his own songs. He has written songs for artistes like Sheebah, Rahma Pinky and the songs have become hit songs. 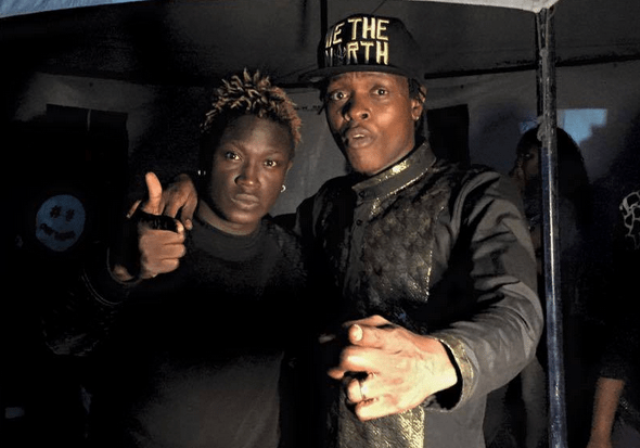