Doctors and journalists at the Davis Lecture Theatre at Mulago hospital in Kampala on Monday.

A consultative meeting between Cabinet Multispectral committee, Uganda Medical Association and Medical Doctors to discuss the ongoing strike ended at an impasse

Health minister Jane Ruth Aceng told the doctors that their demands are very genuine and that the ministry appreciates that doctors have been working in hard conditions while continuing to deliver their best.

John Chrysestom Muyingo, the State Minister for Higher Education, told doctors: “My prayer, as a parent, as a teacher is for you to pick up your tools and save lives of Ugandans as government is in process of addressing your issues.”

“I urge you to continue to engage with us and you will see the results in the future. We will find a mid-term and long term solution for you.”

Byaruhanga described the strike as illegal. “Our priority is for you to go back to work. Nominated representatives should work with government to find a lasting solution.”

He added: “Nobody is denying your right to demand better pay or better working conditions. However, there is a methodology to do so.”

Deputy Attorney General Hon. Mwesigwa Rukutana appealed to doctors to go back to work as negotiations go on in a legal manner.

David Bahati, the State Minister of Finance for Planning, said government values the work and contribution doctors make to the public and nation at large.

“However, we need to address these issues in a more comprehensive and planned manner.”

He said the issue of salary must be handled in a very cautious manner and must be planned in a wider economic context.

The Uganda Medical Workers Union has dragged the striking doctors to the High Court for engaging in what its describes as illegal industrial action.

The union has also sued the Secretary General of the Uganda Medical Association Dr. Ebuku Ekwaro and Workers MP Dr. Sam Lyomoki demanding for damages resulting from announcing a strike without following the prescribed legal procedures.

According to the documents before court, the Uganda Medical Workers Union, the National Organisation of Trade Unions and the Uganda Nurses and Midwives claim they are the only organisations mandated to hold negotiations on behalf of health workers with government.

Now they want court to issue permanent orders barring any other persons from purporting to represent health workers. 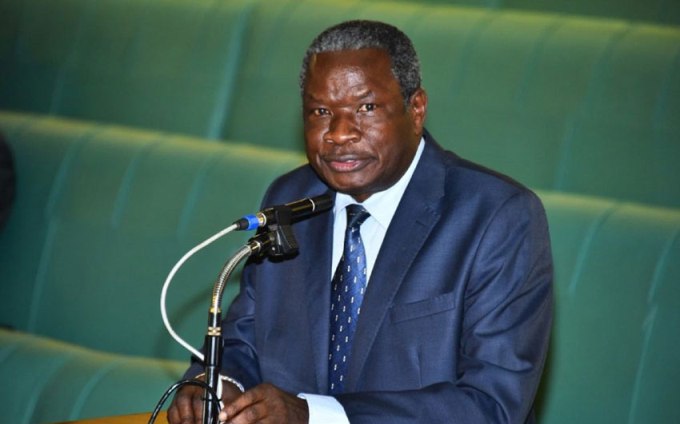 The Ugandan government yesterday resumed countrywide registration and distribution of passports and work permits after ...