Somali policemen prepare to take their positions near the mayor's office following a blast in Mogadishu.

The ministry of Information, Culture and Tourism said security forces shot dead six al-Shabaab fighters behind Sunday’s attack. Five civilians were killed and four others were injured, the statement added.

The government said the al-Shabaab attackers arrived at the compound on foot, masquerading as government soldiers. The attack started with an explosion followed by the gunmen storming the building.

“At about 12 noon they hit the back gate facing Hamarweyne (district) with an explosion,” deputy mayor Isse Gure said.

Gure told VOA all the top local government officials with the exception of mayor Yusuf Hussein Jimale were on-site when the attack occurred. Jimale is currently out of the country.

Gure also said troops were alert and minimized casualties. Gure said the security forces rescued officials and staffers. He confirmed a local government staffer with special needs was among the five civilians who lost their lives.

The government refers to al-Shabaab militants as Khawarij, meaning ‘deviants.’

In a statement, the group claimed the deaths of 34 people including officials, administrative workers, soldiers and officers. The claim has not been independently verified.

The latest incident comes as the Somali government continues its military operations in several regions to dislodge al-Shabaab from towns and villages.

On Saturday, officials in Somalia’s Jubaland state announced that troops had freed the town of Jana Cabdalle, 60 kilometres (37 miles) west of Kismayo, in a new multi-front offensive in the southern part of the country. 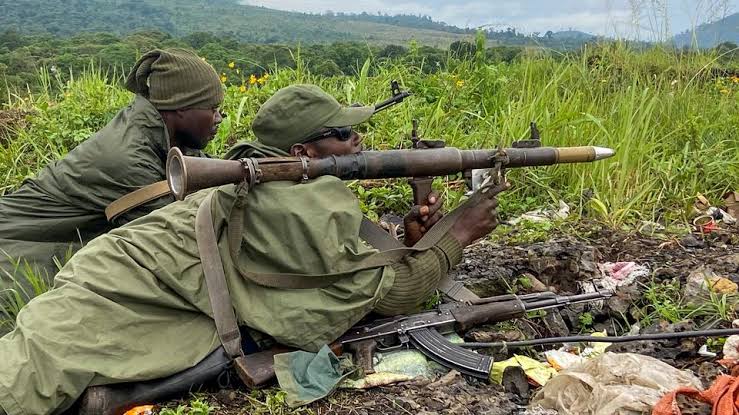 The M23 Rebels said on Thursday that a ceasefire announced a day earlier “doesn’t really ...