Twins In Vietnam Have Different Fathers!

A pair of Vietnamese fraternal twins have been confirmed to have different fathers, a local genetic association has told the BBC. The twins had their DNA tested after their family noticed they looked different, said local reports

Check also: The ghost of Micheal Jackson impregnated me, a white woman claims

The occurrence, known as heteropaternal super fecundation, is rare with few publicly known about. It happens when a woman’s eggs are fertilised by two men within a short period of time.

Professor Le Dinh Luong, president of the Hanoi-based Vietnam Genetic Association which did the DNA testing, said the results were “100% correct” in what he called “an extremely rare case”.

“There are only less than 10 known cases of twins with different fathers in the world. There might be other cases but the parents and/or the twins were not aware of it or didn’t want to announce it,” he told the BBC’s Nga Pham.

He declined to give further details citing client confidentiality, but added that local reports stating the twins’ location, names and time frame were inaccurate.

Vietnamese news outlets began reporting on the case earlier this month, saying that relatives had noticed that one of the twins looked markedly different from its sibling and parents.

What is heteropaternal super fecundation?

It can also happen if a woman ovulates twice within a short period of time and both eggs are fertilised by different men
Reported cases are very rare – the last case was in 2015 involving twin girls in New Jersey, only the third such case to ever occur in the US.
Turkish media reported a similar case in 2010 involving twin boys 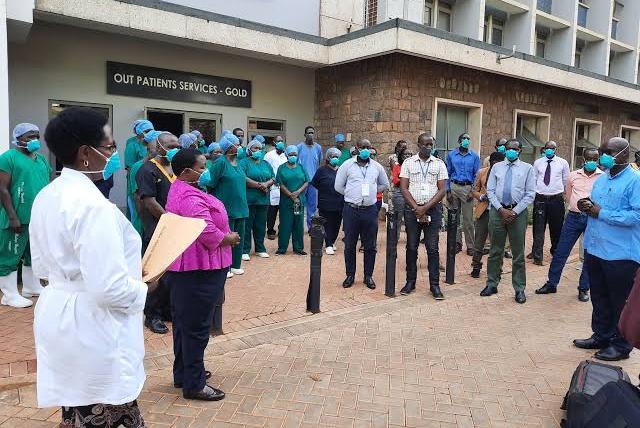 On Saturday evening, Doctors from Masaka Regional Referral Hospital with a lot of joy discharged ...