The United Kingdom has pledged to provide additional support funds to Ukraine totaling up to £1bn. This will be in support of Ukraine’s fight against the Russian invasion.

This funding will take the military aid received by Ukraine to £2.3bn. Additionally, the UK also spent £1.5bn on supporting humanitarian and economic activities in Ukraine. The UK Prime Minister, Boris Johnson, termed the UK’s spending as ‘transforming Ukraine’s defenses.’

The pledge came after President Zelensky urged Nato leaders to do more to help Ukraine’s war effort. He told the NATO leaders that Ukraine spends around $5bn (£4.12bn) on defense every month.

The new £1bn is set to come from departmental underspends, the UK government said, plus £95 million from the Welsh and Scottish governments’ budgets.

When the UK government announced the funding, it said this is the first step to helping Ukraine recover the territory lost to Russia.

Mr Zelensky addressed Nato leaders at their summit in Madrid on Wednesday via video link. He said they needed more modern weapons systems and artillery to “break the Russian artillery advantage”.

“Russia still receives billions every day and spends them on war. We have a multibillion-dollar deficit, we don’t have oil and gas to cover it,” Mr Zelensky said.

The UK’s commitment comes as the members of NATO agreed a 10-year “strategic concept” to address future threats to European and global security. The US government at the same time said it will increase its military presence across Europe.

In other measures, the Ukrainian army has over the past few weeks received training in Wiltshire on operation of weaponry provided by the UK. However, the pending question now is whether the provided support will be enough to see Ukraine through.

Russia-Ukraine war UK Government Aid 2022-06-30
Kyeyune Andrew Jonathan
Loading...
Previous: Singer King Saha Involved In Bitter Land Fight
Next: I Would Have Had Only 200 MPs If It Were UP To Me – Captain Francis Babu 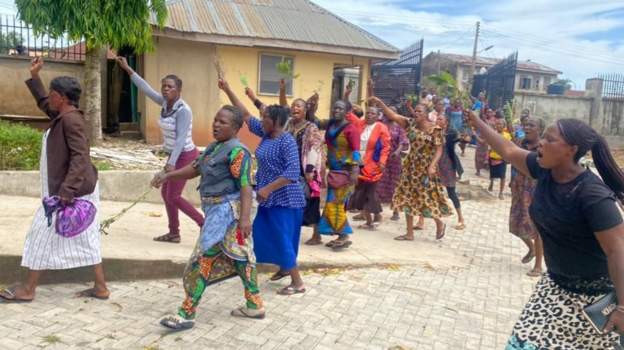 Nigerian women from Owo province have gone to the streets to protest against church killings. ...