Little is told about the plight of first wives in our societies, some are said to be mean and selfish, others are said to be extremely bad mannered hence the reason for the appearance of the second, third and even fourth wife in a family. Case Study; Grace.

Having grown up as a Yong girl from a very conservative family in Eastern Uganda, Grace never had a lot to do with school unlike some of her younger brothers. She was the eldest child in a family of 19 children from her mother, two-step mothers and their father, who was well-known for his vast lands and a large number of animals. He lost his wealth when the Karamojong cattle rustlers raided Eastern Uganda in the late 80s.

He then died a year or two later due to a severe stroke that paralyzed his spine living behind his family to fend for themselves with no more cattle heifers to trade for a better living. They continued with agriculture in their vast lands until a long drought came to put a stop to their struggle. The family of three mothers and 19 children started disintegrating and by the end of the year, three of her male siblings had joined a local militia in Teso  masquerading as anti-government rebels yet in actual sense were children looking for food.

It is from then that Grace too decided that she would try to fend for herself as a fifteen year old girl. Hope returned when a 25-year-old Okotel showed up and asked for her hand in marriage. It was the beginning of ‘good life’ as she called it. Little did she know that inside the lamb, lay a silent wolve which would only be awakened years later. Okotel was a cattle trader from the far ends of Teso, a seemingly successful healthy looking young man from Tororo. He was their savior since he came from a ‘well-off’ family background as hers formally but due to the tragedy that befell them, they were no more than just commoners in hell. They got married one month after meeting and soon, the fifteen year old Grace relocated to Tororo to live with a man she barely knew. She conceived a few weeks later and gave birth to a baby boy after nine months.

Life for her here was all glee from the start compared to where she had come from. Her three brothers had lost their lives aduring the insurgency when the rebel leaders found out that they were only there to look for food and were always robbing villages in order to get what they came for. After grace gave birth to their first child, Okotel her once sweet husband started coming back home late and some days would not return at all as he gave excuses of travelling far for business operations.

He too had not gone far in school, stopping in primary seven to which he even failed during national exams. When the baby was about 8 months old, Grace conceived yet again and this time during her pregnancy, her husband Okotel started drinking a little too much than he could handle and the end result was domestic violence which in the end cost Grace one of her toes. Being a traditional and conservative African woman, she listened to the advice of her aunties one after the other severally whenever she would run back home on days when things would turn out unbearable.

One of those incidents happened when Okotel brought in a second wife and expected Grace to always cook for them as they went on from bar to bar drinking all kinds of local brews, spirits and beers. He had also developed a new habit of smoking and had completely changed his circle of friends. The once ambitious Okotel was now a violent man with an wavering sexual appetite that he would quench only with the new damsels he met on his drinking sprees.

Grace with her two young infants had nowhere to go since her family back home had completely disintegrated, her younger sisters had also ventured into marriage, her mother had contracted a nasty disease that made her blind meanwhile her other step mothers had left and went back to their parents homes. Her brothers and step brothers had also become masters of ‘Ajon’, a local brew that they feasted on from daybreak to daybreak.

She then decided to stay and take care of her children. It was then that Okotel got even more wild and brought home the third wife, marrying her just after 2 months. He had the money, had the support of the community and his parents. Polygamy was not considered a problem and this gave Okotel a free platform to marry as many wives as he wanted. Grace being Okotel’s first wife was accorded some level of minimal respect in the community. After two years, Okotel had become a little caring and in a while, returned to Grace and demanded that she grants him his conjugal rights to which she did. She conceived and gave birth to twins.

Soon after that, Okotel started concentrating more on his businesses and would travel for weeks without coming back home to check on his family. Grace now had four children, she enrolled them in the community government school which was free for all children.  A decade later, Okotel’s movements turned out to be an additional wife to add onto Grace and the other two co-wives who also had birthed children for him.

The fourth wife was a much younger girl in her late teens and Okotel gave all the love he had to her, neglecting his other wives. He even went ahead to divide homes for his four wives where each of them lived about 100 meters away from the other with their children. His main home was where the youngest wife was. He completely abandoned Grace as he considered her old. She was just 26 years old and alone.

She struggled with her older children and would always go to people’s farms to provide her services as a laborer and get paid a few hundreds of shillings a day. She did this for three years until eventually on one particular occasion,  she met a charming man who in all that God created was caring enough or at least she thought. He was from her home district too.

He made her feel what it means to be loved again though this appeared to be illegal since she was still married to Okotel. Being a sexually starved young woman, Grace found solace in the welcoming arms of this man. Their relationship considered to be illegal was full of bliss, it made Grace suddenly remember her youthful days when love was a tender warm and fuzzy feeling. It was all sweet that she forgot the fact that she was still married.

A gruesome car accident rendered Okotel disabled a few months later, he became paralyzed from the waste down to his feet. The first person to leave was the youngest wife who had also given birth to two children. The second was the third wife who also left a few weeks after the fourth wife and like the other two, the third one also left.

It was now Grace, 15 children and a paralyzed Okotel. Even when he was disabled, Okotel still had the guts to abuse Grace and on several occasions had hit her with a saucepan when she didn’t bring the food he wanted to eat which was always fleshy in nature; meat, chicken, fish among other tasty things. This continued for two years until eventually Okotel once again regained his physical abilities back.

He went back into his former lifestyle, brought back his youngest wife again and they lived happily while Grace fed her four children on weeds and other small things she managed to afford once in a while. She recalled her charming man who once made her feel like a woman but had cut ties with him because her husband was nearer. The man then reappeared after hearing the news of Okotel’s recovery. It was bliss and glee once again until the worst mistake happened.

Grace got pregnant and when news of their relationship started coming out, the community started judging her. She was called all sorts of derogatory names, prostitute, second-hand harlot, witch and all other nasty names imaginable. She knew she had to do something about the little foetus growing inside her. She didn’t have enough money to seek clinical help and the law of the land also categorized abortion as an illegal act.

She was confused and running out of time, three months down the road and she had not yet found a solution to her impending doom once her bulging womb became visible. It was then that she recalled one of her aunties who knew local herbs that would induce abortion. She quickly took the remedy and after three days, the lifeless four months fetus had come out, she had aborted and like any other dangerous mission, there are consequences. A week later, Grace started bleeding continuously until she lost consciousness. The procedure was not all successful, some veins had been destroyed. Nobody knew what had happened to grace until when yet rushed her to the hospital. For several hours, she was in a coma. Okotel her husband never even came close to the hospital even after the children ran to him crying that their mother was dying. He simply told them to give her Panadol plus some quinine as he thought she might be having malaria.

The doctor later answered the question that everyone was asking, Grace had carried out induced abortion which caused some damage to her veins hence the bleeding. It was then that a nurse rushed to the doctor that the patient they had just brought in (Grace), was having serious seizures.  A few minutes later, the doctor walked back outside and said “I am really very sorry but we have lost her, she was brought in a little late.”

And just like that, the unfortunate Grace lost her life because of the negligence of her husband and the view of the community which judged her without considering the fact that she was abandoned by her husband. Four children who all are still young and unable to take care of themselves are left at the mercies of moaners who made a few donations. Their father also having contracted a nasty sexually transmitted disease is unable to fend for them. A good Samaritan offered to adopt one of them.

What about the others?

What about their dreams of being doctors and soldiers and Lawyers as they shared with their mother when they all converged in their little kitchen and had free talk.

Do not go for many wives if you know you can’t manage them.

Children are blessings and these blessings need to be harnessed so that they can be of good to the community. Do not just produce anyhow, you don’t know what the future holds in store for you.

Be responsible enough to know that few children are easy to take care off and manage.

And also desist from passing judgement to people you barely help, you will just add to their sorrows. 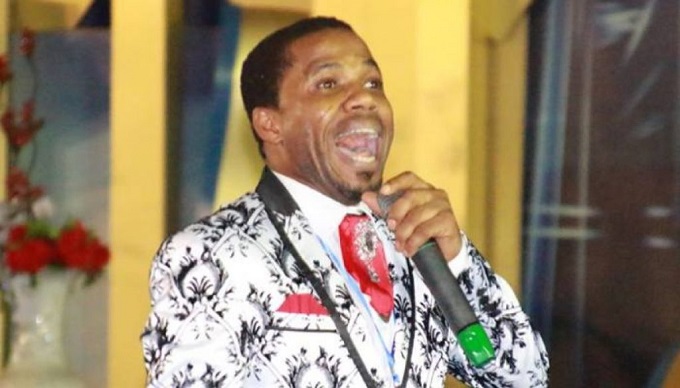