The 11-year-old girl was raped by her step father last year when she was still 10 years old, and many Paraguayans were shocked when the case came to the lime light in May.

Paraguay being a drowned country in their Catholic religion, the health officials denied the girl abortion as some people had requested and they claimed that an abortion is allowed when the mother is in the poor health state.

Authorities arrested the mother of the girl who according to reports is 32 years old charging her cases of neglect& complicity and also shortly thereafter, the 42-year-old step father Gilberto Benitez Zárate was arrested and charged with rape and child abuse but she denied the allegations and demanded for a DNA test to back his so-called truth from him.

The mother was released on bond in June but still faces charges and immediately after her release she said that she asked help from the police in November in 2013 but she did not have any response that according to CNN.

The pregnancy was discovered in late April when the mother took her daughter to the hospital after the girl complained of abdominal pain so she claimed abortion and many Human rights groups, especially Amnesty International, supported her position but Paraguayan authorities refused.

Health minister Antonio Barrios said that, even in this case, an abortion would be a violation of Paraguayan law. 2 million girls under age 14 give birth in developing countries every year, many of whom suffer resulting long-term or fatal health problems. It estimated that 70,000 adolescents die each year from complications from pregnancy or childbirth.

birth in Paraguay rape victim 2015-08-14
nasasira benjamin
Loading...
Previous: Tesla Motors Will Raise $500M In A Public Offering
Next: Now You Can Run Windows 10 On Your Mac Computer 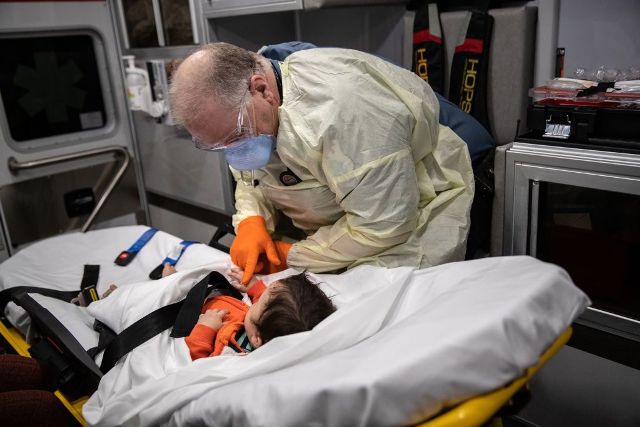 Doctors across the US have seen a striking increase in the number of young people ...