Anyone who lacks ability at a younger age might feel embarrassed after watching a viral video of a 64-year-old grandpa showing some of his impressive football skills.

The elderly footballer who works as a truck driver came in touch with a famous football free-styler, Prsoccerart, in a short game, attracting everybody.

He was recorded jerking the ball high up with his knees and balancing it on his head, demonstrating age is just a number.

“I had the privilege of meeting this 64 year old who still plays football. He drives a truck for a living and carries his Football kit with him in his lorry.

‘He was part of the wayanad football team and is the only one who still plays the game.

One thing I really learned from him is this- You love doing something? Just go do it.”

“As the song says -” One day we’ll leave this world behind, so live a life you will remember.”

“Grandpa is so good at the game man. I am so obsessed with this video. I can’t believe how many times I watched it,’ Mark Anderson reacted.

“Man thought he would win at the game. These old legs have really come a long way to be defeated,’ Sandie Gomes wrote.

“Omo he plays so well. He must have been a very strong baller while in his youth,’ Chukas Ona reacted.

“This is so motivating. I gatto brace up myself and get energy. Already feeling too old at only 45 years old but here’s a 64 year old man,’ Benedict Anini remarked.

4 Things You Need To Think When Changing Light Bulbs 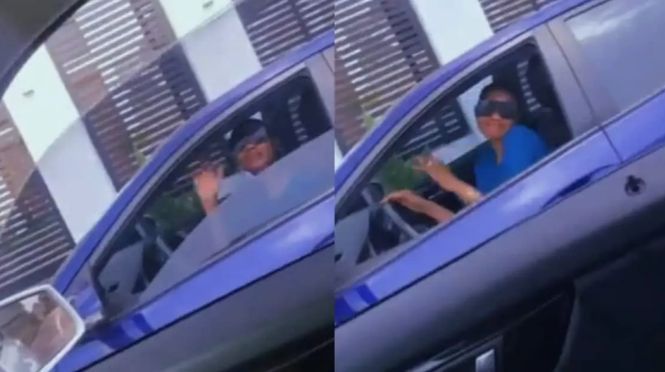 A beautiful lady has been caught on camera trying to hide her wedding ring after ...