8 Cancer – Causing Foods You Should Avoid

We all know of one or two people who,[9] despite doing all the right things and being incredibly healthy, still wound up with cancer. Thankfully, such cases are far from normal, accounting for as little as 10% of all cancer diagnoses.[4]

Check also: 5 Ways to Keep Your Teeth Healthy, According To Dr. Sami Kiper

The other 90%? Failure to make healthy lifestyle choices gets the blame for their cancer, [2]according to two recent studies. And what do researchers mean by lifestyle? Well, a large part of that is diet.

In fact[7]roughly one third of all cancers are caused by food and drink, according to the Canadian Cancer Society.

So you should stop eating these cancer causing foods below!

According to research by the Environmental Working Group, farmed fish contain 16 times more carcinogenic chemicals than wild fish.[5] One large reason for this is that farmed fish are fed contaminated fish meal.

In three independent studies, [9]scientists tested 37 commercial fish meals from around the world and found carcinogenic PCBs in just about all of them.

If you’re going to buy fish,[10] make sure it’s wild. These guidelines from the Natural Resource Defense Council will also come in handy.

Hydrogenation is an industrial process that turns unsaturated fat into a stable solid fat,[6] resulting in trans fatty hydrogenated oil.

Microwave popcorn bags are lined with perfluorooctanoic acid,[3] a compound that has been linked to various types of cancer, including liver, testicular and pancreatic cancer.

Microwaves present problems of their own by agitating the molecules in food, causing deformation. Instead of using microwave popcorn, buy your own kernels and pop them using a skillet.[7]

4-methylimidazole is the chemical that gives certain sodas ( cough, Coca Cola, cough ) their caramel color. Research has found that 4-MEI poses a cancer risk that is much greater than the commonly cited “acceptable” limit in the United States.[4]

The aspartame found in diet sodas also causes cancer by disrupting the body’s metabolic system.[2] If you’re looking for a cool, refreshing drink, try this one instead.

Processed sugar (as opposed to the natural variety in fruits) just may be one of the most dangerous substances in our diets.[1]

In addition to being more addictive than cocaine, processed sugar actually feeds breast cancer cells, causing them to grow rapidly.[5] That’s quite disturbing, especially since Americans consume about half a pound of sugar every single day.

Instead of getting your sweet fix from artificial goods, pick up a banana or orange instead.

When you eat white flour, your body releases insulin and insulin-like growth factor to help process the meal. [12]This can lead to an excess of both compounds in the body, which stimulates cell growth and can essentially fertilize tumor

Research has shown that those who get more than 57% of their energy intake from carbs like white flour have a 220% higher risk of breast cancer than people with a balanced diet.[7]

Once upon a time, soy was considered a magical alternative to meat products.[4] Research is quickly proving just how wrong we were at that time.

In many women, a diet with soy ‘turns on’ genes that cause cancer to grow in the breast.[10] This is due to the estrogen-like compounds in soy that throw the body out of balance.

Additionally, nearly all of the soy grown in the U.S. is genetically modified. Genetic modification of food poses a number of risks on its own. One Environmental Working Group study found that certain chemicals used in the process double cancer risk.[4]

Use almond milk instead of soy. [3]You can make your own using organic almonds! Check out this video from David for a recipe.

The link between processed meat and cancer was drawn by 22 experts from 10 countries who reviewed more than 800 studies. Eating just 50 grams of processed meat daily (one hot dog) increases one’s risk of colon cancer by 18%.[8]

If you eat meat,[1] replace the processed variety with organic meat from your local farmers. 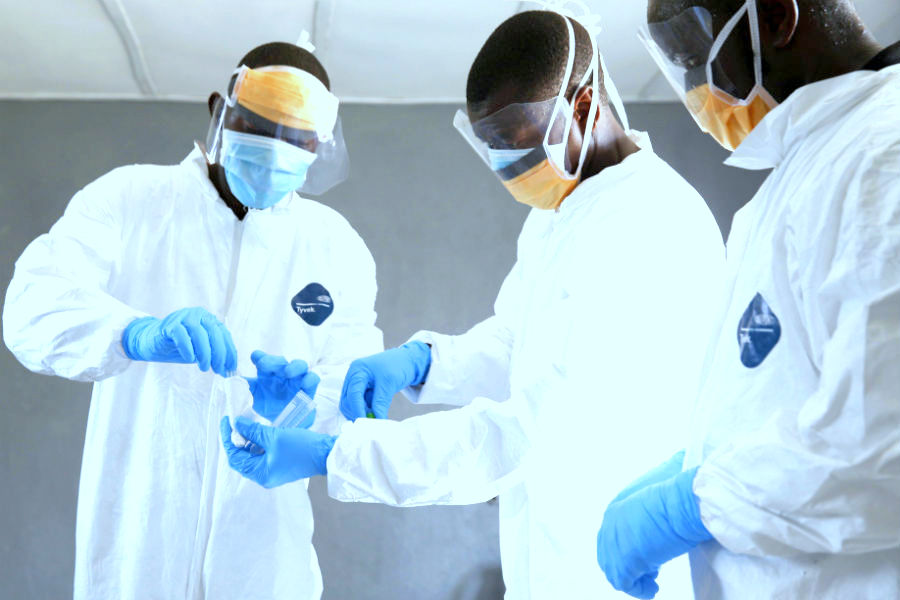 Doctors have once again announced that they will go on strike through their umbrella organization ...