Bajjo Is Ugly, Wanted To Marry Me And I Refused – Full Figure Claims

From People Power to NRM confused, confuser and a noisemaker Full Figure, has made Ugandans bump into laughter when she confirmed that her beef with music promoter Bajjo results from her after she refused to have a love relationship because of his looks.

Surprisingly, the two were once great friends before playing chip mock dangerous games. They have always exchanged unnecessary words via social media and during interviews.

According to Full Figure, she clearly explains that she parted ways with Bajjo after him begging for sex of which she refused. She claimed that the events promoter is not her class and even ugly in general.

“He wanted to have a romantic relationship with me, but he is not my type. He even claims to be the father of my child. He even wanted to marry me but I refused. I don’t love him,” she said.

This fight began way back in 2019 immediately after Full Figure crossed to NRM because of greed for money. Keep posted in case Bajjo events’ reply about her allegations. 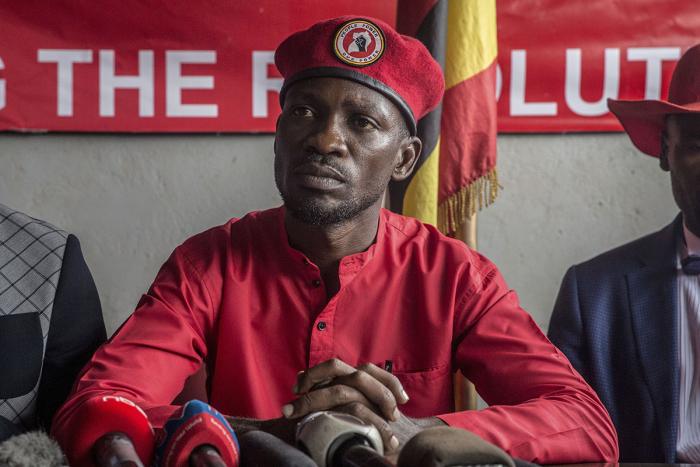 In the just concluded presidential elections in Uganda, Bobi Wine says his life is in ...