Bobi Wine Urges His Supporters To Struggle More For Their Rights

Kyadondo East Member of Parliament, Robert Kyagulanyi, alias Bobi Wine, has said the liberation of Uganda from the “oppressor” is just near, urging citizens to continue with the struggle in order to achieve it.

However, Bobi Wine had appeared before the Grade One magistrate Yunus Ndiwalana on charges of treason tramped against him and 34 others for allegedly stoning the presidential motorcade in Arua Municipality in August.
The Arua Municipality MP, Mr Kasaino Wadri, Jinja East MP Paul Mwiru, former Makindye East MP Mike Mabikke, among others, also appeared in court.

Bobi Wine requested Ugandans to fight for their freedom.

“I want to remind Ugandans that our liberation is near, this has all been done to us to intimidate us and other Ugandans. But they should overlook the suffering we have gone through and keep their eyes on the prize. liberation, Sooner or later the oppressed shall be free and they should not be scared because the people we are scared of are more scared of us. They should continue asserting that our power is people power” Bobi Wine said.
The case was, however, adjourned to December 3 after the State prosecutor, Mr Julius Ochen, asked for more time to finalise the inquiry into the matter.

Mp Asuman Basalirwa, the defence lawyer, told court earlier that the State had failed to present sufficient evidence pinning the accused and prayed that it would be in best interest to adjourn the case to three months to enable them carry out thorough investigation.
He also asked court to order for the release of the accused persons, phones and IPad belonging to Bobi Wine, Mr Mwiru, MP Gerald Karuhanga and Mr Wadri alleging that the exhibits are being used by SFC soldiers to scare people close to them.

He also asked for easy access to Bobi Wine’s bodyguard, Eddie Mutwe who’s still being detained in Gulu prison on treason charges plus the access to Bobi Wine and Wadri’s vehicles that were pounded by the police as the investigations goes on.

While appearing in an interview, Mr Wadri said they’re giving the State the benefit of doubt within the three months and hope to see justice prevail.

“If they cannot within the next six months complete the investigation of the matter and refer us to High Court for trial, then the case falls along the way. We ask the State to speed up its investigation,” Mr Wadri said.

Ugandans Cannot Trust Museveni’s Opponents To Lead The Country, Because They Are Amateurs – Minister Kasolo 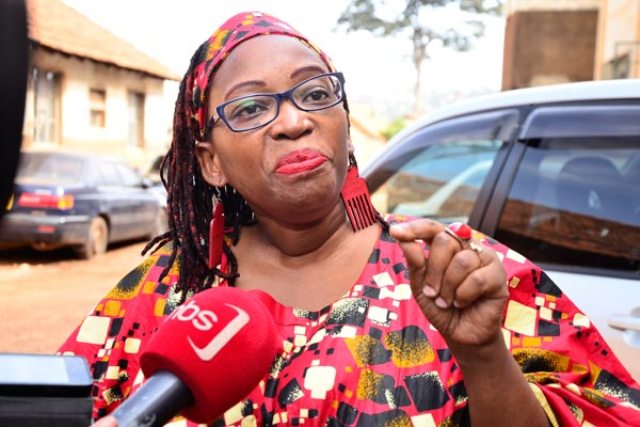 One of the point blank public figures known as Stella Nyanzi is a Ugandan medical ...