In a statement made on Thursday, NUP president Bobi Wine says he will call on the ICC to investigate Museveni for killing, gross abuse of human rights as well as torture of Ugandans. The country is preparing for a heavily contested general election slated for 14th January 2020.

A hot wave of political heat continues to blow across the country as candidates make their last minute campaigns. The pop star- turned- politician is the main rival to the 35 year old rule of President Museveni in the upcoming elections.

In 6 days, Ugandans will decide who will lead the country as president in the next term. The election will take place despite the chaotic campaigns. These campaigns have seen many opposition candidates and their supporters spend time in jail. Bobi Wine, like the former leader of opposite Kizza Besigye has seen several arrests and multiple shooting incidences involving the police.

Bobi Wine, real name Robert Kyagulanyi is a youthful 38-year-old politician and is contesting against a 76 year-old Museveni.

The people he named;

The NUP president said that his major complaint to the International Criminal Court targets president Yoweri Museveni together with 9 of his senior security officials.

Kyagulanyi accuses them of targeting civil society activists and those who support him. In his statement, Bobi Wine, he hopes ICC can call President Museveni to order. He hopes they remind him that he (Museveni) is also a human. Bobi Wine made these remarks during a campaign even in Eastern Uganda which police disrupted soon after that. Cops hauled him out of his car through the window. The police officer accused Bobi Wine of illegal parking.

Bobi Wine couldn’t finish his statement properly as he was chocking on tear gas that police fired to his campaign trail. As his usual norm, The NUP principal wore his campaign bulletproof vest and helmet outfit. This is his usual outfit during campaign.

Bobi Wine’s lawyer, Bruce Adam said that there is little international precedent to the case. The lawyer however hopes they can use 10 asserted complaints but not proven offences against president Museveni’ s reign. Wine’s lawyer added that these offenses against Museveni stretch over a decade. They prove violations of international law based on history of torture, physical abuse and violation of human rights by the Museveni government. 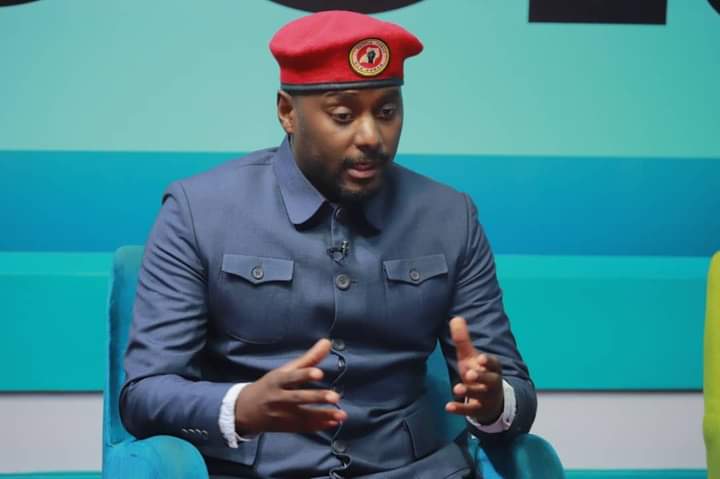 National Unity Platform, NUP, leadership has said much as they support People’s Front for Transition(PFT), ...