They vetted the two last week to contest for Kampala’s highest position that is currently occupied by Erias Lukwago. Lukwago previously presided under the Democratic Party umbrella but recently crossed to the Forum for Democratic Change.

NUP officials also said Chameleon did not possess a national identity card. In his defense, he said he had given his ID to the Identification and Registration Authority to change his name. His argument, however, turned out candid and unsatisfying.

On Sunday 20, NUP released the list for all candidates that made it through the selection to compete in the race for various positions.

“We intervened with people from Boda Boda places, markets, door to door to see what the people were saying. We realized that Hon Latif Ssebagala had more edge than Jose Mayanja,” Ssenyonyi said.

On Chameleon’s case, NUP spokesperson Mr. Joel Ssenyonyi says the party committee made a wide assessment and intervened with people on who should be the NUP candidate for the position.

He adds that NUP sent teams on the ground to find out what the people were saying before making a final decision.

However, Ssenyonyi says that Mayanja can file a petition which can be looked at if he is not satisfied with the decision.

Comments on Chameleon’s loss said he thought Robert Kyagulanyi being the party leader he would have a smooth slope to the seat. But it came as a surprise to everyone that he didn’t make it through given his status and friendship with Bobi Wine.

Is this the first sign showing Robert Kyagulanyi Sentamu as a leader without ‘FEAR OR FAVOUR’???

Political Party Or Candidate, What Is More Important? 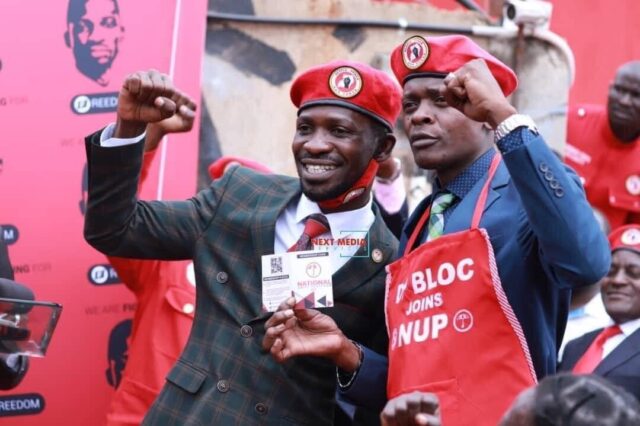 National Unity Platform denied any claims that Chameleone wasn’t considered because of his religion. These ...