Doctors across the US have seen a striking increase in the number of young people with the Multi-system Inflammatory Syndrome in children. To add salt to the injury, they say more patients are now very sick than during the first wave of cases, which alarmed doctors and patients.

‘’We’re now getting more of these MIS-C kids, but this time, it just seems that a higher percentage of them are critically ill,’’ said Dr. Roberta DeBiasi, chief of infectious diseases at Children’s National Hospital in Washington, D.C.

During the hospital’s first wave, about half of the patients needed treatment in the intensive care unit according to Dr. Roberta. However, she says now it is about 80-90% of the patients who need ICU treatment.

One fifteen-year-old Braden Wilson was frightened of Covid-19. He took a lot of care from wearing his mask to leaving the house for only important meetings with the orthodontist or to his grandparents’ house nearby.

However, the virus somehow found Braden. It wreaked ruthless damage inform of an inflammatory syndrome that, for unknown reasons, strikes some young people. This usually happens several weeks after infection by the coronavirus.

Doctors at Children’s hospital in Los Angeles put the teenager on a ventilator and a heart-lung bypass machine. But they could not stop his major organs from failing. On Jan5, they officially announced Braden brain dead. His mother, Amanda Wilson, said in her sobs, ‘’My boy was gone.’’

Family members FaceTimed to say goodbye before doctors withdrew life support. Ms. Wilson gave consent for doctors to take blood samples from her son’s body for further research. Ms. Wilson had never written poetry in her life before, but since Braden’s death, it has spilled out of her.

The surge of the syndrome follows the overall spike of covid-19 cases in the United States after the winter holiday season. 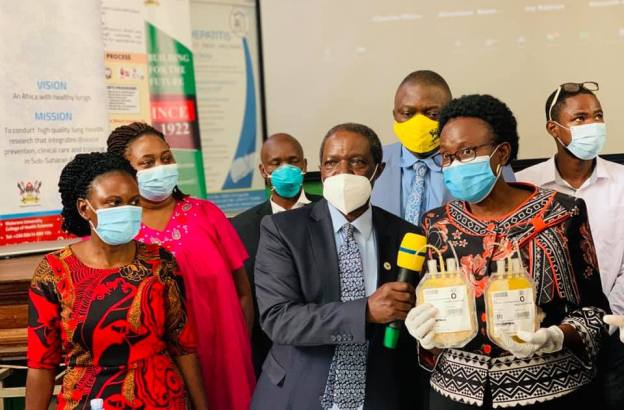 Health minister Dr. Jane Ruth Aceng has launched the randomized clinical trials for use of ...