Few days ago, the socialite and musician Angella Katatumba while on her social media platforms announced that she broke up with the songwriter and producer Daddy Andre three months ago after he refused to go with her for an HIV test.

Angella Katatumba’s statements had many question marks and if you’re keen enough, she seem to be hiding something from public. The two artistes who are love birds were spotted having a good time followed up with several interviews last month, while praising and cherishing each other.

But through close sources, they claim that Angella Katatumba was forced to quit the relationship with Daddy Andre, a decision made by family members.

“Her family ordered her to distance herself from her boyfriend because of the recent sexual assault allegations. They wanted to keep their reputation clean. She had no choice. Angella and Daddy Andre were still together and in love,”an insider told us.

Angella and Andre some weeks back promised to move down the aisle, but it all went in vain. 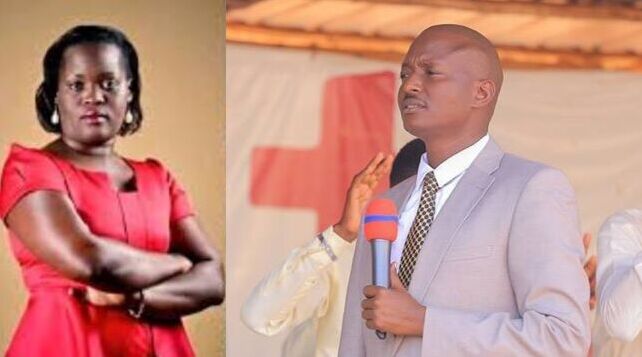