The woman MP for Amolatar district Hon Agnes Apea has revealed tht the Government is more worried about the rising prices of commodities than the citizens.

There is a steady increment in the prices of basic commodities in the last few months. This started with the rise of fuel prices around November last year. Then others like soap, cooking oil among others followed suit.

While on the Next Big Talk on NXT radio, Hon Apea said that the government is doing all it can to solve this crisis.

She also revealed that she sits on the budget committee and they are questioning each ministry on what they are doing to solve this crisis.

“I want to tell you that the government is more bothered by the rising commodity prices than the citizens. I sit on the budget committee, and we are questioning every Ministry about what they are doing about the problem of inflation,” Hon Apea said.

President Museveni during NRM Parliamentary Caucus meeting on Tuesday said that government would not intervene.

“What happened was the following; when we had Corona, the service industry in the world collapsed. Tourism, hotels, air transport, everything collapsed because when you have got hotels, you use more soap. Now when they all collapse, the consumption of soap goes down and because it has gone down, I think the producers of the raw materials for soap, [maybe] go bankrupt because many producers went bankrupt. So when Corona now has sort of reduced, the economy has opened, the demand is high but the suppliers are few,” he said.

Mr Museveni further said that introducing subsidies would be ‘fake economics’. It would even be more dangerous if this was done.

The Permanent Secretary of the Ministry of Finance, Ramathan Ggoobi, gave the same statement had earlier. However, many citizens have interpreted this as the government neglecting its citizens in a crisis. 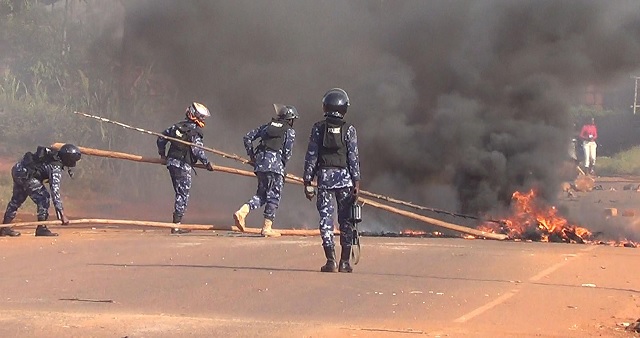 Jinja residents spent most of yesterday in running battles with security personnel over the fuel ...