In our weird news today, a kwanjula ceremony has turned teary after the groom failed to show up for the event. Miriam Nalubega, the bride was disappointed after hours of waiting for her fiancee in vain.

He later apparently said he would not show up. Nalubega, who had just returned from abroad, had organized a colorful ceremony at her uncle’s compound.

The function had revelers and family members excitedly waiting for a glimpse of the groom and his entourage. To their disappointment, Nalubega’s man was nowhere to be seen.

As soon as Nalubega realized her man was not going to show up, she decided to continue with the function. She majestically matched out of the house with her maids to meet her people.

Nalubega blamed the groom’s disappearance on unresolved issues with her father. Apparently, her father had fallen out with her days to her big day, and he had been trying to make sure the introduction ceremony didn’t happen.

However, Mohammed Kaweke who had represented the groom’s side as the spokesman, said the groom was locked in a room by his first wife.

Bodybuilder Marries His Beautiful Doll After Few Months Of Dating 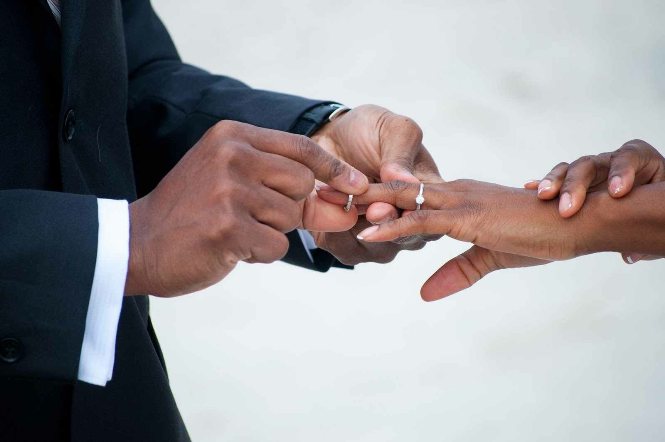 Online marriage services has been launched in Kenya at Sheira House-Nairobi in a bid to ...