Hackers are believed to have gained access to confidential information of a school district about current and former staff and students in Las Vegas. The information is on the fifth-largest school district in the United States according to a statement posted on the district’s website.

The Clark County School District (CCSD) in Las Vegas reopened for in-person learning on August 24. Three days after its reopening however, hackers attacked its servers gaining access to the classified information.
According to the statement, certain computer systems from CCSD became infected with a virus on August 27. This virus prohibited access to certain files in the system.

Hackers attacked the school district and other institutions with sensitive information even before the pandemic. The hackers blocked users’ access to their own computer systems unless a ransom is paid. In those instances, the so-called ransomware crippled the district’s operations. Hackers didn’t usually expose damaging information about students or employees.

The school district serves more than 320,000 students in Clark County, Nevada according to CCSD. The district said it hasn’t received any reports of attempted misuse of the leaked information. It has provided notice to students and staff members out of an abundance of caution.

However, after the incident, the school district informed law enforcement who immediately involved third-party forensic investigators. The investigators concluded that CCSD became a victim of a criminal ransomware attack. CCSD is, however, not the only district to fall victim to a cyber attack in the year 2020.

India And US To Sign Defense Agreement After Standoff With China

12-Minute Covid 19 Test Underway In Europe And The US 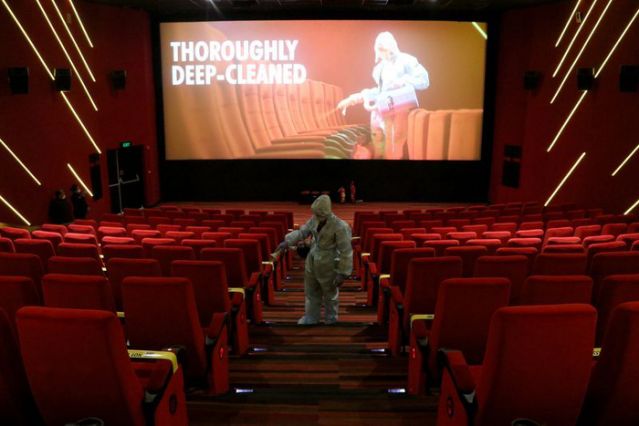 The world’s second-most populous country, India has finally opened up its movie theaters after 7 ...