I Still Respect Diamond Despite Our Disagreements– Harmonize Declares

Tanzanian Bongo star Rajab Abdul Kahali popularly known as Harmonize has finally accepted the fact that Diamond and his Wasafi Classic Records made him who he is today despite his decision to bail himself out from the label.

During an interview with Tanazania’s Cloud Radio Station, Konde Boy said despite their disagreements, he still respects his former boss Diamond Platnumz adding that he cannot easily forget the good work he did in him.

The singer however failed to elaborate the specific nature of disagreements that led to their fallout, referring to essential reasons.

To be honest, we had several issues which I cannot elaborate because of some essential reasons, but I still have much respect for Diamond even if those issues made us to fallout, ‘he said.

Konde Boy’s dramatic decision to quit the WCB left Diamond and other crew members in shock, he was the first artiste to be signed at WCB and he was also an inspiration to other artistes because his shows alone could generate a lot of money to the label.

Since he was sign up, Wasafi was responsible to handle the singer’s music distribution and shows.

A few days ago, Diamond said he was ready to invest heavily in Rayvanny because he feels he is the best replacement for Konde Boy. 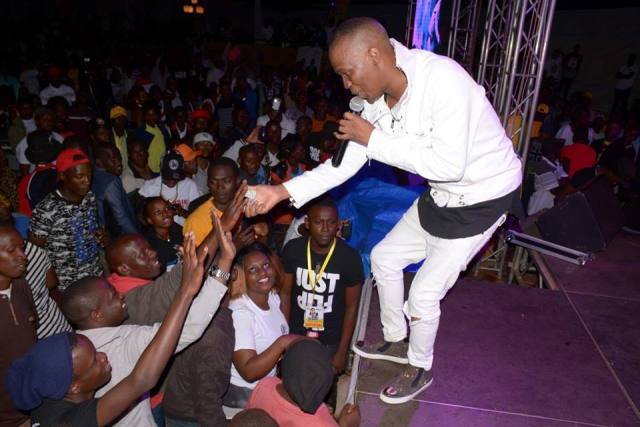