Faded female musician, Leila Kayondo, has come out to express her support for fellow musician King Saha in the UMA presidential elections.

This is despite the elections hanging in balance. While appearing on NBS KURT program, Kayondo said that among all the participants, it was Saha who reached out to her.

She explained her problems to him and he told her the solutions he would have given her if he was president already.

Despite some finding weaknesses in Saha’s debating and lobbying abilities, Kayondo believes that the singer will do just fine.

“Without offending all the other aspirants, I think I will go with King Saha. He’s the only one that has reached out to me and we even had a table timely talk. I narrated my musical problems to him and asked what solutions he would have prescribed for me. I actually liked the solutions and I think he will even be able to debate and lobby for us as an industry despite the critics,” the Awo singer said.

The Ministry revealed that this decision had been arrived at after a meeting with the Uganda National Cultural Forum. They realized that there were a number of complaints.

However, the UMA Electoral chairman Mr. Geoffrey Ekongot maintained that the election will go ahead as scheduled on the 28th of June 2022.

He added that the Ministry has no authority to interfere with their works. And if they do so, they will then hand over the association to them and let them run it how they want.

King Saha uma election 2022-06-27
Eninu William
Loading...
Previous: There Is No Turbulence In NUP – Nkunyingi Muwadda
Next: Kyagulanyi And His Group Should Be Very Careful – Hon Ssemujju Nganda 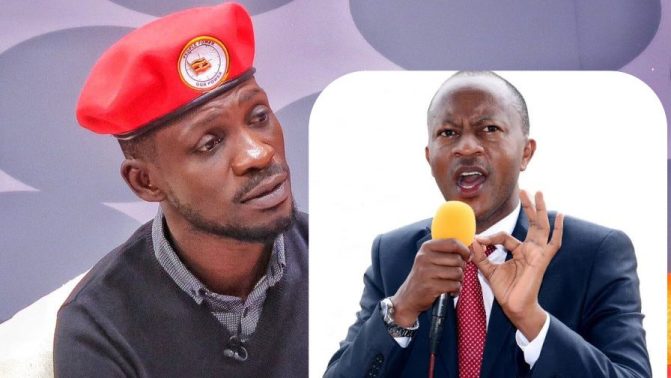