New HIV / AIDS Vaccine To Be Tested In South Africa

A vaccine against HIV will be trialled in South Africa later this year after it met the criteria needed to prove it could help fight the epidemic in Africa.[9]

2.1 million infections were reported in the continent in 2015,[3] two thirds of which occurred in sub-Saharan Africa.

A small trial,[7] known as HVTN100, initially took place in South Africa in 2015 to test the safety and strength of immunity the vaccine could provide, ahead of any large-scale testing in affected populations.[2]

Two-hundred and fifty-two healthy volunteers were enrolled to receive either the vaccine, known as ALVAC – HIV/gp120.

Or a placebo to compare the extent of immune response generated.[8] The results were presented Tuesday at the 21st International AIDS Conference in Durban, South Africa.[9]

“This was precautionary to see if the vaccine looks promising,” CNN reports Linda Gail Bekker,[10] deputy director of the Desmond Tutu HIV Centre in Cape Town, South Africa, and president-elect of the International AIDS Society, who is leading the vaccine trials, as saying.[2]

The vaccine was improved for use in the higher-risk populations of sub-Saharan Africa,[4] where a different subtype of the virus also exists.

5,400 people across four sites in South Africa will receive the vaccine in November and run for three years.[2] 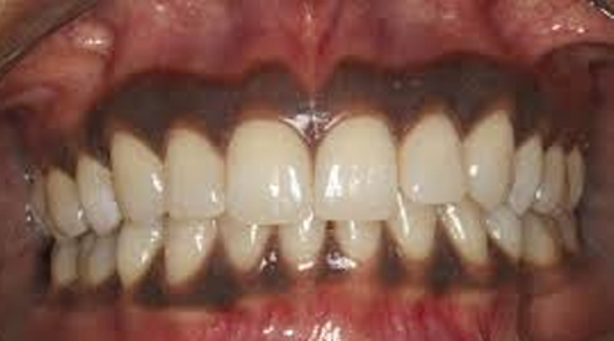 While you may think gums are pink, the reality is that everyone has a different ...