Parliamentary candidates of NUP and ANT risk losing out on nominations because the deadline is nearing. The candidates who have not been nominated claim to lack funds that are necessary for their nominations.

The Electoral Commission allowed only two days for the nominations to take place and these will be 12th and 13th October. On the contrary, the ED of Citizen Coalition for Electoral Democracy Charity Ahimbisibwe says many candidates have reached out. The candidates are mostly from NUP and ANT seeking bailout due to a lack of funds.

“I foresaw and have already seen it happening, many people are saying they have failed and cannot raise the shs3m. I am in a number of groups where some are saying even if you have Shs5000, you might save my bid,’’ Ahimbisibwe claims.

She says that most of the people are from ANT and says many of them are going to fall off. According to Ahimbisibwe, political parties are to blame for the plight in which their flag bearers have found themselves in.

The political parties knew very well that this fee exists and should have held fundraising events earlier. She said doing it during election time will not work for anyone.

NUP’s spokesperson, Joel Ssenyonyi says the party is considering bailing out vulnerable candidates especially in Western and Northern Uganda. They are compiling lists of those that really need support and thereafter will see what little support they can extend to them.

Ssenyonyi said the party is doing this for these candidates because they believe some of them are really strong on the ground. NUP flag bearer, Robert Kyagulanyi Sentamu already called onto the masses to help support NUP candidates with the nomination fee.

He blamed president Museveni and his government for making nomination so expensive for the lower to afford. He claims that this stunt is aimed at locking the opposition out. 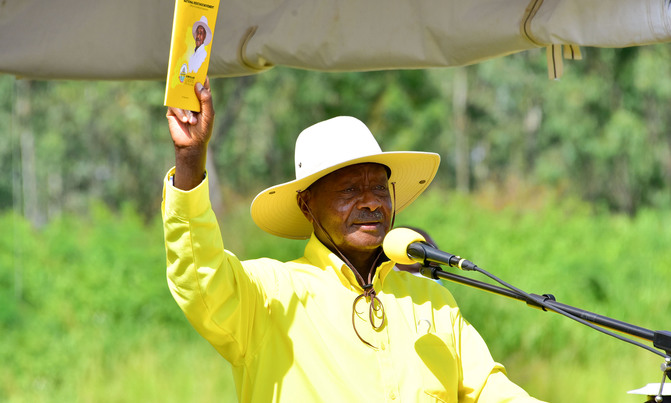