Despite the dire conditions the country is in brought about the COVID 19 pandemic, government still released UgX 108 billion to Mps.

This however did not go down well with Ugandans who lashed out at both the government and MPs for selfishness.

With businesses closed and people relying on just hope, the publics wants government to recall this money.

Worse of all, the government is pleading with well wishers to donate funds so as to buy COVID-19 vaccines.

However, according to experts, this money could have bought vaccines to vaccinate about 7 million people.

According to NUP, they side with the people and feel that this is wastage of tax payers money. They labeled it as a reckless way of spending money.

They added that it was another characteristic of the Museveni regime.

NUP also said that although MPs need vehicles to conduct their official duties, they are highly paid.

They therefore can facilitate themselves with cars if they need to

The party said that it proposed ways on how to tackle public expenditure so as to prioritize Ugandans’ welfare in their manifesto.

“While at our leaders retreat in April, NUP members of parliament resolved to devote a substantial amount of the 200 million shillings grant towards the welfare of their constituencies. Ordinarily, public service should be carried out by the government. But that happens when you have a government which cares for the people. It is in this regard that most NUP MPs have already been undertaking projects in their constituencies. The aim is elevating the conditions of the people. In the coming days, individual NUP MPS will continue to carry out projects in their respective constituencies, most targeting healthcare, education agriculture and youth empowerment programs.” Part of the statement read.

This statement further said that the party had looked through the idea of returning back the money to the consolidated fund.

They however shunned this idea because the government would not put it to good use.

And with different constituencies having different needs and challenges, they resolved that MPs carry out programs in their areas individually.

There wouldn’t be sufficient resources for the party to carry out across all constituencies of their members.

Facilitation cars NUP MPs 2021-07-24
lukwago J
Loading...
Previous: 14 Girls Who Were Being Trained To Have Sexual Intercourse With Dogs Rescued By Police
Next: Things That May Stay Locked Up Even After Lockdown Is Lifted 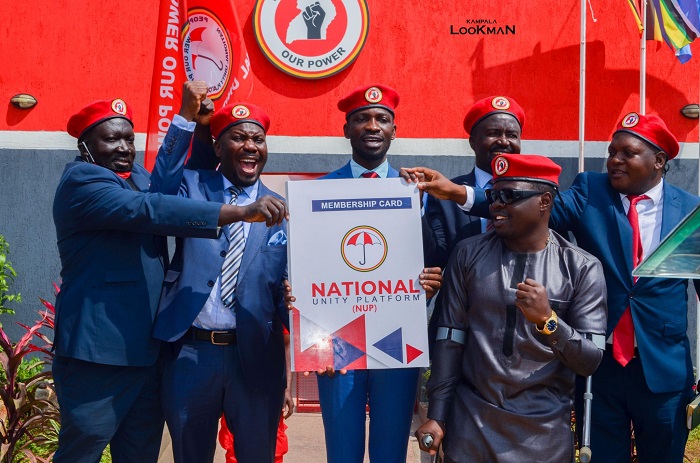 NUP To Cut Shs1m From MPs’ Shs200m To Finance Headquarters

The National Unity Platform(NUP) has revealed that it will be slashing at least a Shs1million ...