Over 20 People Lose Money To Con Woman In UWA Recruitment

The Kamdini police have in their custody a teacher turned con woman who is facing accusations of scamming a number of youths.

The teacher allegedly promised them jobs in the Uganda Wildlife Authority (UWA).

Coast Akello is a teacher at Agong Primary School in Adigo parish Loro sub-county, Oyam district. Military Intelligence Officers attached to the UPDF arrested her at Karuma on August 3.

According to reports, Akello did not operate alone as the officers arrested a one Moses Ogweng suspected to be her colleague.

Over 23 youths have accused con woman of getting payments from them with promises of recruiting them as game rangers in the Wild Life Authority.

The police disclosed that they discovered a few copies of the victims’ academic documents from the suspects.

They also said they got information from an intelligence network that forced them to swing into action. North Kyoga region Police spokesperson Jimmy Patrick Okema said he was still in church.

In recent events, UWA recruited over 800 youth to enroll and get trained as game rangers. However, this is something Akello saw as an opportunity.

This exercise commenced on the 4th of July and had been ended by 8th July. It reeled in over 10,000 Ugandans who arrived at different recruitment centers across the country.

In total, 849 ranger recruits comprising 616 men and 233 women from 108 districts were successfully screened. They selected them through the rigorous recruitment process, according to UWA.

A man died during during UWA Recruitment Exercise

Meanwhile, In similar news, recently, another man collapsed and died during a recruitment exercise for game rangers by the Uganda Wildlife Authority.

The exercise that happened at Kaunda Grounds in Gulu City saw the man die under the same circumstances as the three before him. 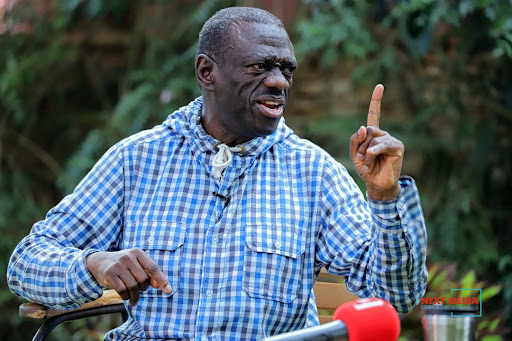 Dr. Kizza Besigye ’s lawyers, his sister and the Observer Media Limited have demanded over ...