Mugisha Muntu is not quitting FDC

Am Not Quitting FDC-Mugisha Muntu

The much awaited big announcement by former Forum for Democratic Change [FDC] party president, Mugisha Muntu, is about strengthening the opposition party and not exiting it.

Muntu who lost the FDC party presidency to Patrick Amuriat on Tuesday explained his next plans to press at Hotel Africana in Kampala flanked by FDC MPs and Independents like Gerald Karuhanga.

Talking to press, Muntu said during the course of the campaign, it was very clear that the political culture by the regime has become unpopular.

“I would like to announce that we will be going back to do what we were doing before the campaigns started,” he stated.

Muntu said he respects the outcome of the elections. “It is also clear that there are significant differences, some feel these differences are irreconcilable but we intend to pursue a consultative process to talk about these differences.”

Asked whether he was leaving FDC, Muntu said he doesn’t intend to rush to make decisions.

“The consultations we are going make are going to guide us… we don’t intend to do anything secret because there is nothing to hide.”

He said there is nothing personal and that there are certain dynamics that are developing in this country which need to be critically examined.

“We want to make an informed decision through a carefully considered decision. I will be carrying out these consultation as a senior member of the party. Everything we shall do will be in the open… politics is not a private affair.”

Muntu concluded saying, “I have no problem with Patrick Amuriat Oboi.”

Kasese Municipality MP Hon. Robert Centenary who was present in his capacity as Muntu’s campaign PR, friend and a supporter, said a third force is no crime at all and it’s also possible in this country.

“That’s also how FDC started. Muntu has been patient enough that they have taken his sweetness for weakness and that is the problem in FDC,” he said, raising anticipation that Muntu would announce another political party but alas!

Chaos And Uncertainty Ahead Of NRM Party Elections 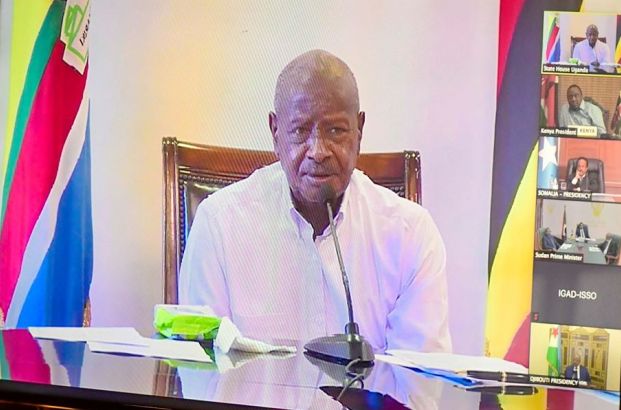 NRM Party Members Not In The Register Allowed To Vote – Museveni