Two people were on Wednesday injured as Forum for Democratic Change ( FDC ) supporters in Toroma County engaged in running battles with police after the East Kyoga regional police commander ordered for the dispersal of people who had gathered to receive relief food at Toroma Sub-county headquarters.

The former FDC presidential candidate Dr Kizza Besigye and a group of other party members had reached out to Toroma to supply relief food, only to be blocked by police.

Mr Francis Tumwesigye, acting RPC told journalists that they needed to examine the food before they allow the FDC party members to distribute it.

“We are not sure of the safety of food, so it’s worth examining it before given out, ” he said, adding that police was not consulted by Mr Besigye before he started distributing the food.

Attempts by the retired Bishop for Soroti Bernard Obaikol to settle the impasse seemed fruitless as the shooting of live ammunition and teargas continued. “I think it’s better to allow the food distribution to go on, the people have starved and the truth is food shortage is real,” he explained.

The charged crowd accused the RPC for being insensitive to their plight.

An 89-year-old, Lawrence Otim braved the teargas and walk to Dr Besigye’s car with his polythene bag saying he had starved long enough before thanking him (Besigye) for the struggle.

“I have starved for long it is amazing that FDC has brought food, let police allow us receive this food, ” he said. Mr Kiiza Besigye told journalists that it’s unfortunate that police can block starving people from receiving food. 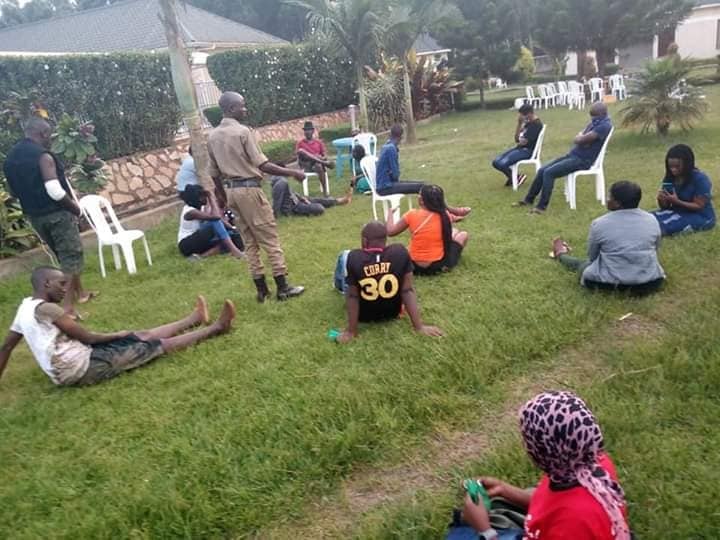