Am Ready To Be Sacked By FDC-Winnie Kiiza

The Leader of Opposition in Parliament, Winnie Kiiza has said she is ready to be sacked by the in-coming new leadership of the Forum for Democratic Change (FDC).

Ms Kiiza says she is not the first and won’t be the last leader of opposition in parliament. She among opposition Members of Parliament who joined Gen Muntu at Hotel Africana on Wednesday as he announced a new round of consultations he will embark on.
In this new round of new of consultations across political divide, Gen Muntu says he will be mobilizing Ugandans to participate in local council elections, mentoring pro-change Ugandans across party lines and mobilising all Ugandans to pressure government to drop their efforts of changing the provisions of the constitutional provisions on presidential age-limits and land.

Ms Kiiza says she was appointed leader of opposition aware that she would be serving for a maximum of two and a half years. Ms Kiiza replaced Mr Philip Wafula Oguttu after last year’s elections amidst dissatisfaction from a section of Forum for Democratic Change supporters who felt that Muntu should not have appointed opposition team.

The opposition chief whip Ssemuju Ibrahim Nganda says the issue of the leadership in parliament was being raised during the campaign for presidency by the Amuriat group. Ssemuju says Muntu has been blackmailed for appointing opposition leaders when a section of FDC leaders thought they won elections and were rigged by the ruling party. 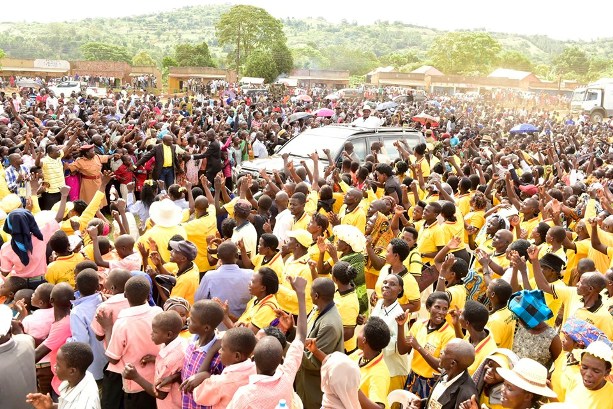 The NRM Primaries have kicked off today with too much tension and anticipation. Already in ...