Controversial city socialite Charles Olim aka Sipapa has hilariously and funnily come out to express his interest in the Bank of Uganda Governor role.

While appearing on Spark TV’s Livewire, Sipapa said that ever since the Governor passed away, things have escalated for the worst.

He therefore plans to launch a bid so that he can be given this role. Sipapa rallied teachers who are striking for a better salary to stop. They should instead riot in order for him to become the Governor.

Once this is done, they will be earning millions of shillings. Sipapa also added that his regime as the governor will be full of flamboyance and economic prosperity. People will be receiving money just for doing nothing every end of the month.

Another idea he has on his list is highly reducing the price of fuel. This is because he will bring the money making machine to Uganda.

According to Sipapa, he will be carrying out monthly festivals to burn all the old money from the economy.

“I realized that ever since the Governor passed away, the position has been vacant. I remember strikes have been happening but these would be sorted out real quick. In fact I want to rally upon all teachers to stop striking for a pay rise, I want them to strike such that I become the Governor. I want them to enjoy a new Uganda with a flamboyant Governor like me.”

“We shall also be warming ourselves with money by burning it. I grew up listening to how old money is burnt but you have never seen it. So in my tenure we shall be organizing monthly concerts to burn this money and people will be giving us places where to burn it from. We could go to to Tororo, Katanga, Makindye, Nakivubo just to burn about 6 billion shillings. I’m the Governor that will bring that flamboyance. I also want to be giving people salary of 1 million shillings.” the socialite said.

Just imagine having Sipapa as the head of the biggest monetary institution in the country. And with such crazy ideas in his head, it wouldn’t even take a minute for the entire country to collapse.

But hopefully his thoughts were only imaginary as there is no way this can happen. Meanwhile the Governor’s position still lies vacant up to now months after the death of Emmanuel Tumusiime Mutebile. 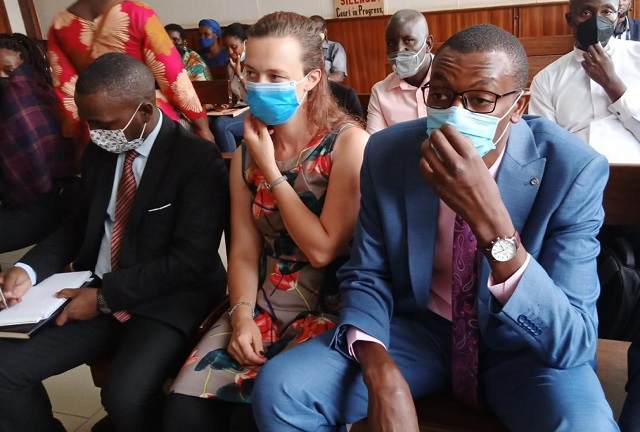