Uganda Baati Limited (UBL) and the National Forestry Authority held a meeting this week with a purpose of joining hands in restoring Uganda’s forest cover.

This move is aimed at conserving the environment under UBL Corporate restoration program.

This unfortunately means that many people intrude on forest land which has caused one of the world’s highest deforestation rates.

Research has shown that 3% of Uganda’s forests are lost to the production of fuel, agriculture, as well as land for settlements. Therefore, at the current deforestation rate, Uganda will have lost all its forests in the next 25 years.

It should be noted that currently, the landscape is completely being deprived of trees. The dry season is now longer and filled with more droughts.

The NFA has shown through its statistics that between 1900-2017, the country has lost over 2.4 million hectares of forest cover. These have scarred the environment hence forcing the NFA and UBL to come together under the Corporate forest restoration initiative.

The two bodies resolved to have an MOU that will see Uganda Baati plant 40 hectares of trees all over the country. This will be 10 hectares per region; that is Central, East, West, and North, starting in September 2022.

“Our Business head, George Arodi, and the entire team at UBL continue to contribute to the overall welfare of the community in which we operate through Partnerships with key stakeholders”. 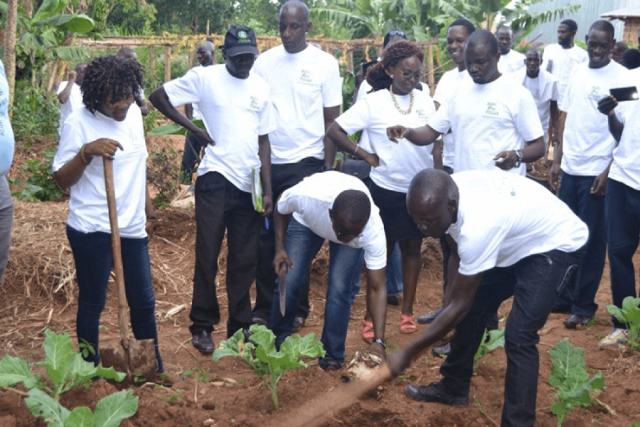