Hon. Denis Hamson Obua, the state sports minister had a few remarks as he saw off the Uganda Rugby 15’s team to France.

A few other notables like the National Council of Sports (NCS) chairperson Ambrose Tashobya, General secretary Dr. Bernard Patrick Ogwel and other sports federations leaders sided with Hon. Obua. They were just outside the Copper Chimney Restaurant.

Skipper Ivan Magomu, accompanied by the other team members and officials officially received the national flag from the minister.

“Accept to die a little for your souls, for your union and your country,” he partly said.

Hon. Obua also urged the team to emulate the Uganda Rugby 7’s team that are currently the Champions in Africa. Fred Mudoola, the Uganda Rugby Cranes head coach named 28 players to represent Iganda in the knockout stage of the Rugby Africa Cup.

French-based utility back Philip Wokorach, who plays at AS Bédarrides – Châteauneuf-du-Pape will be the only player to feature for both the Sevens and XVs national teams in this window.

The said tournament is set to take place between July 1-10th in France. They will specifically happen in the cities of Marseille and Aix-en-Provence. Eight African teams will also be competing for the only World Cup ticket.

These 8 nations are Namibia and Cote d’Ivoire, Senegal and Kenya, Uganda and Algeria, Zimbabwe and Burkina Faso.

They qualified from the pools (A through D per pair respectively) whose matches they played last year.

South Africa’s Springboks Pull Out Of The Rugby Championship 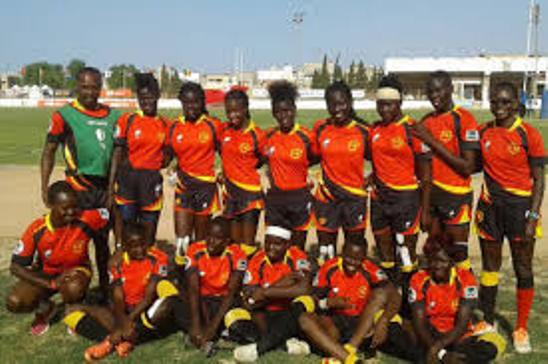 The Toyota Lady Cranes will leave for South Africa tomorrow morning ahead of the matches. ...