Villagers Celebrate After Elderly Man Hacks His Son To Death

A strange incident happened on Sunday evening when Villagers of Butere in Kakamega County, Kenya gathered and celebrated after a 78 year old man hacked his 38 year old son to death.

The Villagers were prompted to explain their strange reaction, towards getting rid of troublesome man, aged 38, who has threatened them for quite a long time.

To be honest, residents would now be lamenting the death of Mr Makokha John, who narrowly escaped his son’s brutal target range.

On Sunday evening, Mr Makokha had serious disagreements with his middle aged son identified as Amunza Habil who was a well-known Village thief.

According to Nandwa Jared, 82 year old neighbor, when his father tried to ask him, he instead attacked him in a brutal way, but fortunately the elderly man quickly picked a panga and cut him several times to death.

The deceased was a notorious thief who was found of stealing, maiming and murdering people then take their valuables.

Father and son have been quarrelsome and we were afraid that the boy would kill his elderly father, just like he has been assassinating other people, fortunately, his father quickly picked a panga and hacked him to death,’said Mr Jared who declared that 9 years ago, his 2nd born son was murdered by Amunza.

Amunza has indeed been a bad person in our community; he has been a robber, thief and a serial killer. Police arrested him several times and released him after a few months period. He also survived mob,’he added. 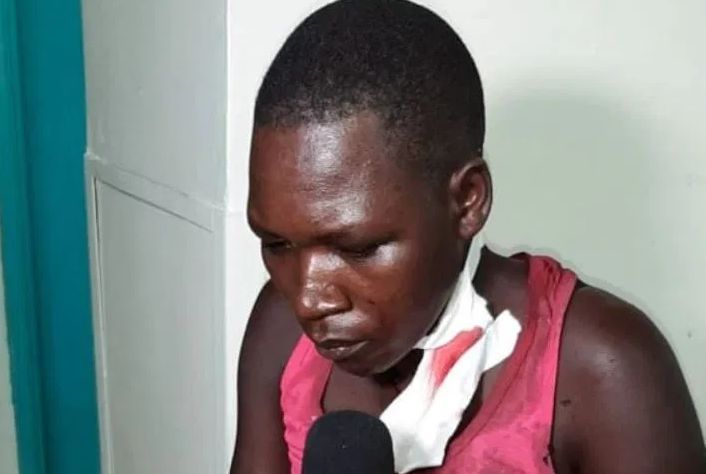 A 29-year-old woman who allegedly attacked her four children and attempted to kill herself on ...