Home » Relationships » How My Wife Left Me After Losing My Job

How My Wife Left Me After Losing My Job

I met Lilian in 2005 during a church conference at a certain church. She was one of the participants from Mubende. A church friend Introduced me to her and that’s how we become friends and later we got married in 2006 after a lovely introduction. We had a simple wedding. In about four months after we got officially married, I asked my wife Lilian to come up with a business proposal. I wanted to empower her. I was against the idea of her just staying at home without doing anything. She told me she wanted to do business of buying women clothes from Asia specifically in Turkey for resell here in Uganda. By then, i was working as a public relations officer at a private company in Jinja. I got a loan and I gave her the Capital and that’s how she started travelling to Turkey. Within a short period of time, her business grew, she would travel twice a month.

My wife stopped selling  woman clothes and instead begun supplying Electronic appliances on Luwumu street and in Kikuubo within Kampala city centre. She started making a lot of money. My salary became peanut to her. I quickly realised  that she was becoming too happy with her new-found celebritism. She suddenly became disrespectful. She used to tell me in front of my friends.She stopped doing some of the house chores and doing laundry. At first when She started her business, she would go on her business trips for a week, but now started going for a month and sometimes even 6-weeks, she would threaten to divorce whatever I questioned her as to why she had taken long to come back from her business trips.

Things got worse when I stopped work. The Owner of the firm where I was working died and his children failed to run the company, so it later shut down. Lilian and I had to move from the company house to some apartments in Jinja. Lilian paid rent for the new apartment. My wife became so unruly. She said to me “She wasn’t ready to look after a grown up man”. She started spending nights out.

She would come back the next day looking fresh. I continued to stay with her because I didn’t have any place to go to. Then I started hearing rumours, that she was cheating on me with a Kenyan guy. When I asked her about the rumours, she confessed that it was true and that she no longer wanted me in her life. She told me I was not man enough as i was a broken man who depended on women for survival. I was shocked. I felt like hitting her head,  but I managed to control my temper. One day, i left home and went to a nearby sports bar  to watch a soccer match. I was still hurt inside. I could not understand her behaviour after all I did for her.

She silently forced me out of the house

When I got home from the match, I found my things at the Doorstep of our house and the door was locked. It was embarrassing. Neighbours came out of their houses to see what was going on. I could hear people making fun of the whole situation. What i did is to just get my things and went to my Uncle’s place in Lugazi. I walked from Jinja to Lugazi. When I reached Lugazi,  I explained everything to my uncle and the next day my uncle summoned Lilian and her relatives. Surprisingly Lilian and her relatives came to the meeting with 1.7million I had paid. We were told that the marriage was over. I begged her to reconsider her decision, I begged her to stay with me but all in vain.

I loved this woman so much, Lilian was the first woman I dated and subsequently married. I was heartbroken. I cried like a small baby,  but it’s like she had already made up her mind. I only stayed with my uncle for a week. He was an LC retiree and he was looking after more than 8 orphans and dependants and his house was small. I managed to find a room for 30,000/= in Mukono, i started applying for jobs, but the response was not favourable.

My Neighbour John Bosco was a Coasta Driver, so one day he asked me to be his Conductor for a day as his Conductor was not feeling okay that day. I accepted his offer and that’s how i became a conductor and sometimes I used to work as a luggage loader at the Old park. I started making a bit of money and eventually I forgot about Lilian.

She was flirting with other men

Two years passed without hearing from her, then one day in 2008, we met at Mabirizi plaza. She came out of nice car together with alight skinned guy, she was looking very attractive and happy, i could tell the guy she was with was her boyfriend. They looked beautiful together. I then approached them and offered to carry their bags (those checked nylon bags from Asia) well that was my job. Lilian ignored me, I could tell that she did not want her man to know about us.

I could tell that my presence make her feel uncomfortable. She was now high-class. I was not comfortable either. I was dirty and untidy and I had a lot of beads. She did not greet or say a word to me. There was a black Benz waiting for them just near Pioneer Mall. Her man instructed me to take the luggage to the parked car, after this was done, they jumped in the car and sped off. I felt bad that day. I still loved this woman. I could not understand why she betrayed me. I continued working as a conductor and as a luggage boy, believing that one day, i will find another corporate day job and she will come back to me because i still love her.

Is It Right To Remain In Touch With your Ex?

Can We Normalise Weddings And Marriage

How Time Can Affect The Relationship 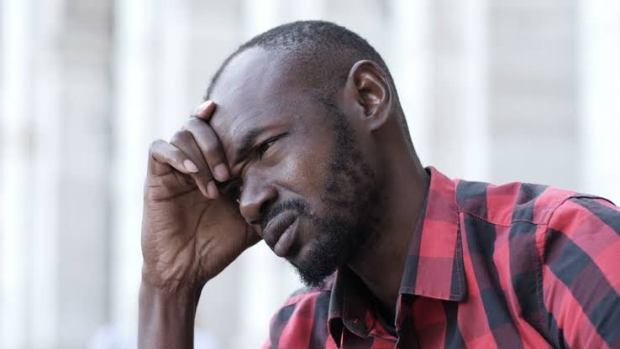 Dear future wife, listen to me carefully, listen eh, divorce is not an option. I ...