You Use Viagra For Satisfaction – Bad Black Exposes Mike Mukula

Faded and broke socialite, Shanitah Namuyimba commonly known as Bad Black some days back rounded social media after releasing a surprising video that left many revelers speechless. With a weird uttering out of the words while speaking to her kid to close the “Wardrope”, she used fake English pronunciation which later created #BadBlackChallenge all over the Internet.

However, the ‘Mudguard’ musician, Bad black is now ready to make a super come back in showbiz. We are clearly sure that the socialite is cooking more stunts to bring her back on trend next year.

Among the hilarious stunts Bad Black revealed included the number of men who slept with her with their merits and demerits. Surprisingly and shocking, Shanita Namuyimba mentioned the Captain Mike Mukula as a man who used Viagra to satisfy her in bed according to Howwe. She further more added and said the politician can’t satisfy a woman without using drugs.

Among others she talked about include Meddie Sentongo whom she loved so much.

Shanita who even built a church and promised to give her life to God seems to be off the hook and she decided to take a different path for 2019. 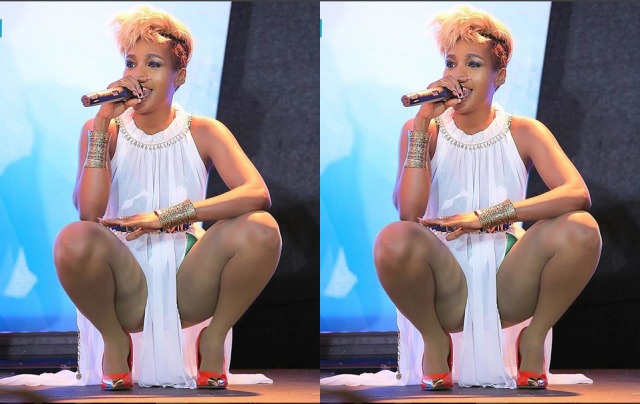