Okello on his wedding

I felt this butterfly effect each time Okello called, I just couldn’t control it anymore, there was no way in this life I would have said no to him when he approached me that day, his pick up lines made me blush like an idiot.

“Wow girl, you look really amazing, God must have taken time to build this body?”

Not wanting to be a snub, I answered

“You haven’t been inside before?”

I just didn’t expect the response he gave to me that day, it threw me off balance.

“That’s nice, that means you will remove the clothes so I can see the body to confirm if it’s truly okay.” He joked.

I liked him instantly. I mean, as someone who many see as a snub, I just didn’t know why it was hard for me to turn him down that day.

Okello isn’t the perfect boyfriend, he has his own flaws, he gets angry easily but his anger doesn’t last for more than an hour.

He’s not the type to ignore certain things, if he doesn’t like it, he’ll immediately air out his mind.

He  hates borrowing money from me, he even hates it when I use my money to cook for him, something I didn’t like.

There was this time I bought him a shirt worth 120k, he almost killed me and asked me to return it.

“120k shirt? For what? Besides, you are still in school and the money your parents give to you is for your education and not to spend on me.”

“You thought what? Are you trying to impress me or something? Have you seen me with a shirt of 20k before? Don’t try it again , if you must spend money, use it to at least cook food, even though I don’t like you spending your money on me.”

Another bad thing about Okello is that he’s so unkempt and sweeps his house once in a week. He throws his stockings everywhere and it made the whole house smell like a pigsty .

Apart from all these, Okello is the most  sweetest guy ever, buys me stuffs and calls me at odd hours just to tell me how much he loves me.

So, when he called to say he wanted to see me this evening, I was super elated, my boo is finally going to pop the question.

I had it all wrapped up in my head, ‘Sandra Okello’ , I felt a tingle in my stomach at the mere thought of it. ..

I dressed up in my sexy gown that showed my cleavage, I knew we were going to get down to business after the proposal so I didn’t want any road block .

I arrived there and I met my Prince Charming, dressed in a white suit, looking like some very stylish prophet in Kampala. My eyes ran through him from head to toe and at that moment, I just wanted to go home with him.

After we had dinner, he went on his knees and tears started forming in my eyes .

“My lovely Sandra, words can’t define how much I love and adore you and how insane it would be to live my life without you. I know I’m not the perfect boyfriend and I mess up once in a while, but I just want to thank you for still standing by me.”

At this point, tears started to trickle down from my eyes, let him just give me this ring already.

“I came to your home the other day and I stopped outside when I heard you arguing with your ex.”

My eyes popped open immediately, did he really see that?

“Both of you kissed after the argument but you later pushed him away even though he tried to force himself on you.”

At this point my palms were already wet with sweat and I felt so uncomfortable.

“You told him that you still had feelings for him but you weren’t willing to go back to him because he didn’t treat you right, initially , I wanted to burst inside and break your neck for kissing another man, but I just had to be patient.”

“He asked you if it’s because of me that you didn’t want him back and you didn’t say anything, you stood there like a zombie until he eventually kissed you again and both of you had sex on the couch, and when he left, you started crying for allowing yourself fall for his antics again.”

“Baby I swear, since then nothing has happened, I have even blocked his number.” I tried to apologize.

“I just want to ask you just one question, if I were your brother, would you advice me to marry someone like you?”

Okello’s question threw me off balance, this incident happened like 9 months ago and I never thought anyone knew about it..

How could Okello keep this in his mind for 9 months without telling me or even creating a scene? He’s the type of person that never hides his feelings, why was this different?

I didn’t know what to say to him, i was shaking and crying at the same time.

“I’m sorry too Sandra, I’m really sorry but I’m not a saint myself. After that incident, I slept with your younger sister too, I did it out of anger and I felt betrayed, so with all you know now, will you marry me?” He asked.

He begged me to forgive him, I have, I totally have, but I just can’t be with him, am I selfish?

I attended the wedding of all three of them, and even though I felt bad, I was happy for them.

My wedding is next week Saturday and I’m getting married to my next door neighbor whom I had always seen as my best friend.

I could never have imagined it, but I don’t regret it.

I don’t want to spend my entire life being indebted to someone and feeling bad for what I did.

Opus might not be as sweet as Okello,  but he’s mine and he loves me to a fault .

# LOVING SOMEONE DOES NOT MEAN YOU HAVE TO BE WITH THEM.

# IF WE DO TO OTHERS WHAT THEY DO TO US, WE HAVE NO RIGHT TO JUDGE THEM.

# THERE’S NO EXCUSE FOR CHEATING IN A RELATIONSHIP, IF YOU ARE TIRED, JUST LEAVE!!

# LET THE EX REMAIN THE EX, DON’T EXTEND IT. 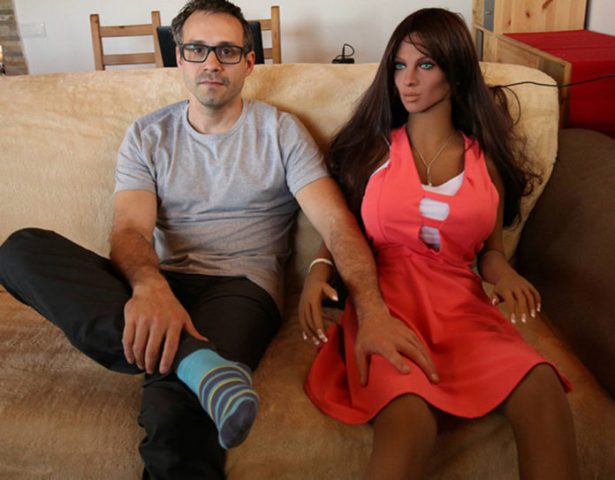 Indeed these machines called sex dolls will spoil many people if brought on market widely, ...