Despite the Uganda Musicians Association (UMA) releasing a new road map of their recently flopped virtual elections, it seems everything is not yet clear.

This has seen events promoter Balaam Barugahara advise the Association to let the current president continue serving as the leader.

According to Balaam, this should be done as the association looks for funds to finance a national election. And if they don’t do this and let artists only in Kampala decide for the rest, Balaam says that they will be sued.

UMA board leader Halima Namakula had said that they are contemplating looking for buses to transport artists from other districts. Balaam however says that these have to look for over 140 buses for each district.

“UMA should let the lcurrent president continue running the Association as they look for money to conduct a national election. If they don’t do this and let only Kampala artists vote, they will be sued because this is not a regional election.

Their proposition of securing buses might fail. This is because there are over 140 districts with about 50-60 artists that might have registered. That requires about 140 buses to transport them which they also don’t have,” Balaam said.

This would be a walkover for Cindy who is the current UMA president. It’s however something that King Saha would highly oppose.

The Biri Biri singer ganged up on UMA offices together with his mates as the virtual elections were going on. These demanded for the canceling of the election. They eventually canceled it and chose the secret ballot.

There are however some voices that are still calling for a vote of lining up behind a candidate.

According to Halima, artists are like young kids who like every new toy after using the one they had. She however said that they have no plans of changing the mode of voting.

Keep Your Childhood Trauma To Yourself- Cindy Tells Sheebah 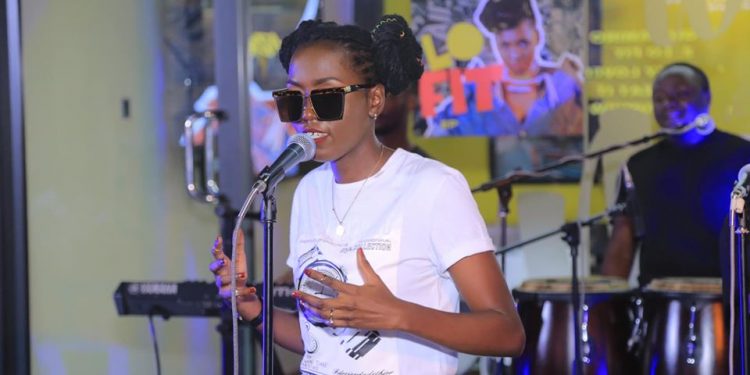 Swangz Avenue songstress, Azawi, has set the bar so high after shutting down Lugogo Show ...