Court has charged a hospital and awarded Sh210 million to a widow of a man who died after doctors removed part of his brain during a tumour operation.

Justice Lucy Njuguna ordered AIC Kijabe Hospital to compensate the family of 37-year-old Michael Mwangi for medical negligence. The Justice in her ruling said were it not for the doctor and his medical team’s fatal mistake, the man would still be alive and providing for his family.

“The deceased was the bread winner of the family and as a result of his death, the dependents have lost the support that they used to get from him. The court finds that the hospital breached the duty of care owed to the deceased. They therefore must compensate his family,” ruled Njuguna.

Mwangi’s widow Monica Wairimu filed the law suit against the hospital and lead surgeon Leland Albright. She claimed general damages and compensation for the pain the hospital subjected her husband to before his death.

In her statement, Wairimu took her husband to the hospital in October 2012 after complaining of severe headache. Doctors  ran tests and scans and discovered a brain tumour which required surgery to remove.

The pathologist’s report filed in court showed that Mwangi’s death was procedure related. The pathologist on opening the skull found that doctors removed 15mm of the man’s brain.

In response to the suit, the hospital and Dr Albright relied on a finding by the Medical Practitioners and Dentists Board in April 2016 which concluded that they acted in a professional manner to save the patient’s life.

According to a ruling by the medical board dated April 19, 2016 the deceased’s brain was not interfered with. The doctors only removed a small portion of the tumour before excessive bleeding started. This forced the doctors to abandon the surgery.

The board absolved the hospital and the doctors from any blame. They ruled that the hospital and doctors did their best to take care of the patient after the surgery. They also ruled out any case of medical negligence.

Justice Njuguna, however, dismissed the defense and the medical board’s findings. She ruled that the board did not consider the pathologist’s post-mortem report which showed part of the deceased’s brain had been removed during the operation.

She ruled that the hospital owed the patient a duty of care. This is after Mwangi suffering severe bleeding as a result of injury to his cerebellum caused by the doctor leading the operation.

“If a doctor does not act with reasonable care and skill in dealing with a patient, that would be negligence. A person holding himself as possessing a special skill and knowledge when consulted owes a duty to the patient to use due caution in undertaking the treatment,” ruled Njuguna.

She ruled that the doctor’s negligence made the family to suffer loss and damages. They depended on him for upkeep.

The judge ruled that at the time of his death, Mwangi was employed by United Paints in the transport department with a salary of Sh1,225,000 per month. He used to pay rent for the family and school fees for his children.

At the age of 37, the judge ruled that Mwangi still had about 18 more years in employment. She then multiplied his salary with the number of years to retirement bringing the total to Sh176,400,000.

“For the pain and suffering the deceased went through and on loss of expectation of life, I find that the deceased was in hospital for 27 days while suffering at the hands of the doctors and is entitled to damages of Sh22,750,000,” ruled Njuguna.

She also awarded the widow special damages of Sh4,900,000 plus interest.

The United Nations Hopes To Conquer AIDS By 2030 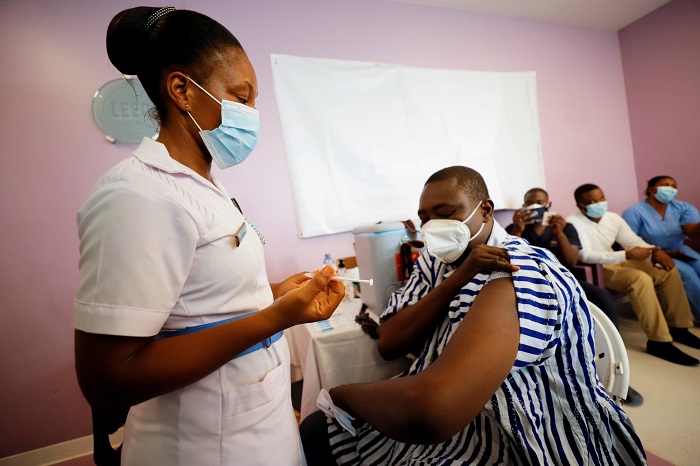 The demand for the covid vaccine has increased after the ministry of health sighted an ...