My name is Sarah and as am speaking now, my time is short. I started coming to my senses in primary three and could now differentiate between some things, whether good or bad. I was loved so much by my parents because I was their favourite daughter, I was bright, and at the same time very beautiful at that tender age, and very brown just like my mum. My future was bright and i had no doubt about that

Check also: 5 Reasons You SHOULD  Marry A Woman Who Loves You More Than You Love Her

My parents raised me in an upright way, and they were so proud of me, because i was a good listener, I did as they instructed me, and never disappointed them, even at school my teachers were so proud of me, I had good grades and i was at the top most of the time.  My future dream was to be a good lawyer, and my parents too had a lot of expectations from me in the future, little did i know that i wouldn’t fulfil their expectations.

How i joined University

I completed my Secondary School level and joined university, where I found different kind of lifestyle. I met new friends and also found a new culture in terms of dressing . As you all know university life, I made it a point to join hostel and for that reason, i left  my parents home. I used to go visit them during  my holidays.

I was a grown up person, above eighteen years of age, my parents saw me as a mature person who knew what i was doing, so they trusted me and never put me on pressure.

How i met my boyfriend Solomon

During that time, I met a new friend called Solomon whom i fell in love with after sometime, because of the love i had for him, i also trusted him with all my heart. All throughout my Secondary School  level,  i never had a boyfriend and i also knew less about relationships, therefore, Solomon was my first boyfriend who also removed my virginity. He was in his second year at the University, while i was in my first year.

We didn’t rush things, since i was always scared of what the results would be, so we were in a relationship for almost a year without having sex. After winning my trust, Solomon become my best friend, but as the saying goes, ‘’ Not all that glitters is gold.’’ I was ignorant at that time, so i never bothered checking for HIV / AIDS together with him,  because i had already got used to him and he looked healthy and innocent physically.

We were used to having live sex without any protection, for all that long. After a year and a half, Solomon completed his bachelors degree while  i was still remaining with only one year to complete. After he graduated, our relationship started fading away slowly by slowly, he went back to his parents home and he had not taken me there before, so i knew nothing about where he was staying. I continued with my studies and in the process, we used to communicate, but sometimes, his phone was on and off. After a period of about 5 months, Solomon switched off his phone completely, so there was no more communication between us.

My future with Solomon faded away.

As i was almost completing my third year,  i decided to look for him,  i tried calling one of his friends called Emma, who was his best friend during school time at the university, i asked him whether he had another phone number that i would call to talk to Solomon, all of a sudden, he went silent for sometime, I asked him what was wrong, whether he could  hear me but things seemed bad on his side when i talked about Solomon. He sadly told me sorry to tell you but Solomon is no more, he died long time ago. I Cried and almost collapsed after telling me the sad news,  i asked what killed him and shockingly, he told me HIVAIDS, i  stammered and asked again if he was speaking the truth, he told me point blank that he couldn’t lie to me.

I couldn’t believe what i heard with my own ears, i was so scared, because i knew was next, so i decided to check for HIVIAIDS too in order to prove my health status, but unfortunately, he had infected me long time ago, i tried more check ups in several hospitals, but the results were all positive. Thoughts and worries started running into my head, I was so worried about my future, my dreams and what i would tell my parents. I lost hope in life and decided to live life as if it were the last chance i had. I went on spreading the disease thinking that i was revenging, but instead,  i was reducing my lifespan.

As i speak now, am bed ridden,  my dreams and future are no more, since i didn’t take medication.

My advise to the youth is to abstain till the right time, if not, kindly use condoms and value your life, do not take your life for granted in order to achieve your dreams.

“Cut Off Your Manhood And Throw To The Dogs”: Kenyan Man Recalls His Wife Tell Him 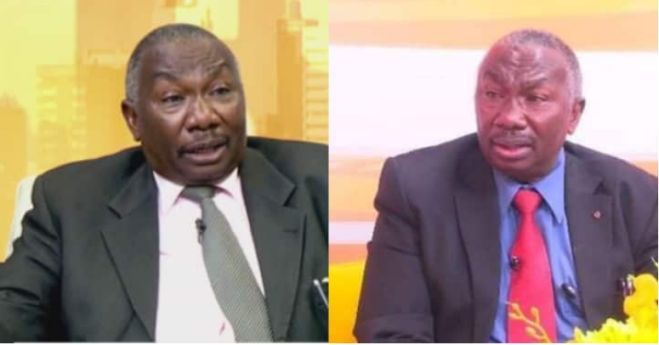 Renown Kenyan gynecologist Doctor Ignatius Kibe has urged promiscuous men to get rid of their ...