In a bid to solve advance impacts of  climate change and pests among farming communities, International University of East Africa(IUEA) is set to introduce robotic farming as the university unveils faculty of Agriculture this academic year.

Officials at Kansanga based university say the course will impart students and stakeholders with new knowledge on modern agriculture practices.

IUEA is partnering with Gulu and Busitema universities to roll out this high tech agriculture course.
According to Hassan Alwi university Resident Director says the new course focuses on use of artificial intelligence like use  of robots and bio science engineering  to monitor and supervise farm works including spraying.

“In our mission to provide technological and practical hands on skills,we are set to introduce new  science and technology advancement in our faculty of agriculture to teach high tech agriculture to Ugandans.this is going to be the first  time Ugandans will seeing robots monitor and supervise farm works ,”Hassan Alwi  said.

He added that IUEA will  support other  public universities to roll out this training together with Korea University.

Currently IUEA through faculty of technology and engineering students are innovating cutting edge technology innovations in form of  smart toys,mobile devices, software for security, health and agriculture fields which have proven to solve entire Africa problems.

The technological university of choice as the  slogan says will also establish fish research centre that will be  used as demonstration ground for training farmers and skill prospective students wishing to advance in fish sector management.

” As a component of faculty of agriculture,we are setting up fish research centre to facilitate students research in fish farming, equip the centre with experts to propagate and  provide  expert advise in fish management practices,”Alwi explained.

The training centre will be supported by university of Korea and boast fish production. Uganda’s economy is largely dependent on agriculture as its mainstay. The sector remains critical to Uganda’s economy on that it employs approximately 69%of labour force,77%of who are women, and 63% are youth mostly residing in the rural areas.

Better still,the agricultural sector is the biggest earner of export revenues with US$1.82billion realised in 2015 contributing to 26% of GDP in 2015.

Despite the agriculture sector having been singled out as one of the growth sectors on the national development plan 11 and strategic sector for the achievement of vision 2040. The sector performance in terms of production and productivity had been greatly affected due to number of challenges including land degradation, climate change, los adoption of technological innovations particularly amongst women farmers despite being the majority of agricultural labour force, poor management of pests and diseases,a weak agricultural extension system with limited access especially  among women,dependency on rain fed agriculture,poor post harvest handling techniques and inadequate bulking.

Uganda has one of the worlds fastest growing population with a growth rate of 3.3% per year. The population is expected to hit the 50million mark by 2030 with the majority of the population still living in rural areas and directly deriving their livelihoods from agriculture.

This puts great pressure on the agricultural sector yo meet the food and fibre needs of the growing population without deploying the natural resources. 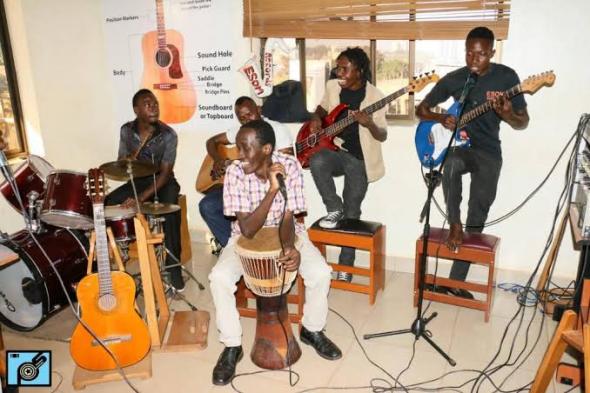 Established in 2005 by Daniel Kiyega, for his passion for music, Esom School of Music ...