The American stand-up comedian, actor and producer Kevin Hart is among the celebrities who are still shocked about what happened to his fellow black man George Floyd a week ago.

George Floyd was killed by a police officer who knelt on his neck intentionally. His death caused incredible riots across the United States and in some parts of Europe like the UK. Among the celebrities who condemned the heinous act include Kevin Hart, Rihanna, Bobi Wine and many others.

A few hours ago, the furious movie actor and comedian Kevin Hart called upon more Governors and Mayors to take lead and create change, adding that change must be revealed for the black community because enough is enough.

“Powerful…More Governor’s & Mayors need to follow this lead. Take accountability & be apart of the change. We need new laws….we all know that the system is flawed….Let’s take action & create the CHANGE. ENOUGH IS ENOUGH” Kevi Hart posted.

Here are some of the comments from fans

They need to stop fucking looting, a black mans death at the hands of a racist cop is not the green light to go fucking stealing, destroying the property of people who have businesses and who are also upset by the actions of that cop. Anybody who says the looting is the right way to go about it is wrong 100% wrong and they need to give their fucking heads a wobble, watching this from the outside is embarrassing, I don’t know the right way to protest to get the message across but stealing from our fellow man, destroying the livelihoods of our fellow man for a fucking freebie is wrong and bang out of order. America needs to get a grip of itself and that means every motherfucker there taking responsibility for their own and their nearest and dearest actions. Raise people right, that’s how we will see change because change will take generations but it will take even longer if we keep fueling the racist mind by acting like damn animals as some are doing now. I see black people confronting black people telling them the looting is not the way, I commend them for being wise enough to see the further damage this does to the black community. The cop has been arrested and will do the time, stay home and stay safe.‘Damon John Lewis commented

What else can we do. Let’s sign something let’s push a new law to office,’Alex Steins commented.

Stop racism now.we have one life,one God and one world.covid 19 is a big lesson to the world .stop brutality,stop killing African-American,’Adams Clement commented 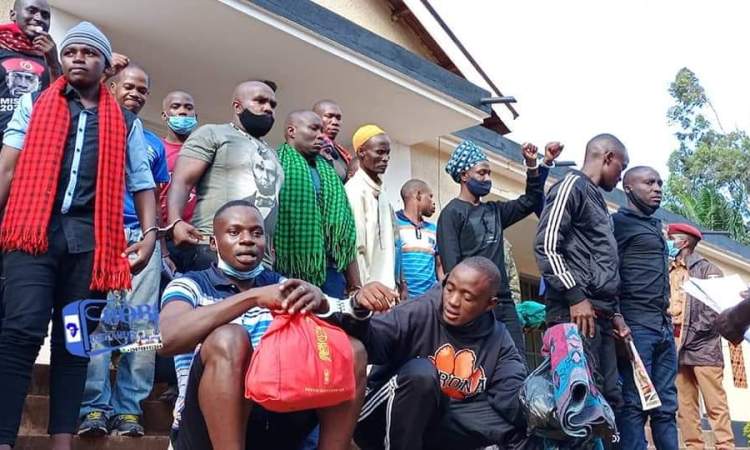 The Court-martial today 8th June 2021 was supposed to hear a bail application for the ...