Aziz Mawanda who got so famous after getting married a 76-year-old Swedish white woman by the names of  Mona lisa Larsson whom he claimed he loves so much, but ever since his wife left the country things have not been going well for him.

The landlady says she received a call from a certain guy claiming he was bringing her a person to rent but he will pay within two weeks, the rentals costed Shs250,000 per month.

The landlady says Aziz has not paid for four months now, she had to write him a letter demanding for the money, but while defending himself, Aziz says he will pay her, this is because the things in his house that were locked up inside are much more expensive than the money she’s demanding.

A few months ago, when Aziz’s wife Mona Lisa was still around, they reached a time when they had run out of cash to eat, and as they were moving, Aziz became unconscious and landed on ground, he was rushed to the hospital and finally the doctors realized it was hunger that triggered him off, he had not eaten for the last two days. Good enough, Mama Fina came and rescued them out. 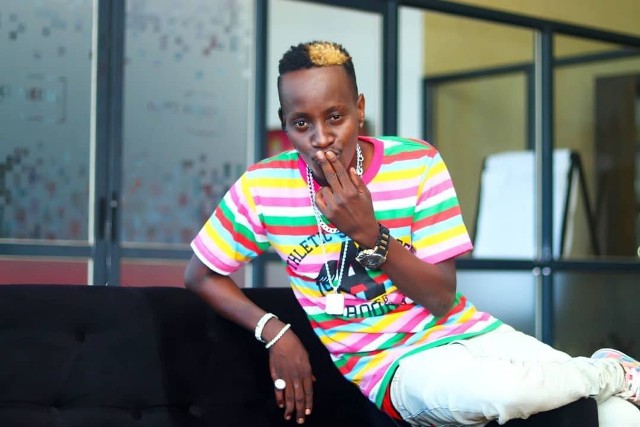