Authorities in London will be carrying out post mortem on a man who was confirmed as a stowaway that fell off Kenya Airways plane on Sunday.

The identification of the man remains unknown up to now even though Kenya Airways, Kenya High Commission in London and Metropolitan Police work hand in hand to be able to find out who exactly he was.

His death is no longer suspicious, however, investigations are still underway.

An Aircraft spotter saw a man falling off the Kenya Airways flight moments before landing at Heathrow International Airport and the police were notified immediately. The dead body landed just next to a man who was sleeping in his back yard.

Witnesses said, the body was frozen and it was still whole, with it’s clothes on, but they found a pool of blood in the back yard it fell on.

According to the Scotland Yard who quickly arrived on the scene together with police and Ambulance, they believed that he was a stowaway and he fell from the landing gear of a particular place in Kenya Airways plane to Heathrow International Airport.

This isn’t the first time such an incident happened. Even in the year 2012, a 26 year old man who was identified as Matada Jose from Mozambique died after falling off British Airways which was originating from Angola to Heathrow. 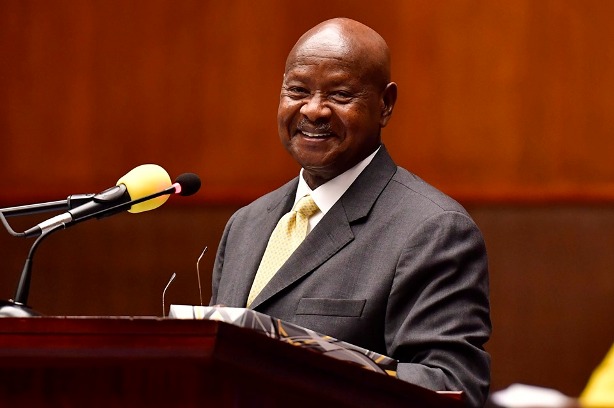 Revival of the National Airline: The two Uganda Airlines Bombardier planes CRJ900s were received on ...