Honorable Minister Rukutana Mwesigwa is expected to appear in court today. The minister who is also the county MP of Rushenyi was arrested on Saturday. The Ntungamo grade one magistrate charged him with a number of cases including attempted murder.

However, the grade one magistrate had no jurisdiction over an attempted murder case so Rukutana never pleaded to it. Therefore he will appear before the chief magistrate later today to plead to the charge.

The police arrested him on Saturday together with his three bodyguards. The police detained them at CPS Mbarara. On Monday when he appeared before the grade one magistrate, his bodyguards were not with him. However, the three escorts did not appear in court and neither did anyone make mention of them.

The culprit, Minister Rukutana, and his colleagues still at large, attempted to cause the death of Daniel Rweburingi. This happened on September 5, 2020, at Kagugu village in Ntungamo district.

The minister also faced charges of assault and causing bodily harm to one of his victims. Threatening violence and also malicious damage.

His charges stem from a Saturday shooting incident in Ruhama, Ntungamo district in which a person sustained serious injuries. Following his loss to Naome Kabasharira in the NRM primaries, he turned wild and grabbed a gun from one of his bodyguards.

Panic As Uganda Registers 1,438 Covid Cases In One Day 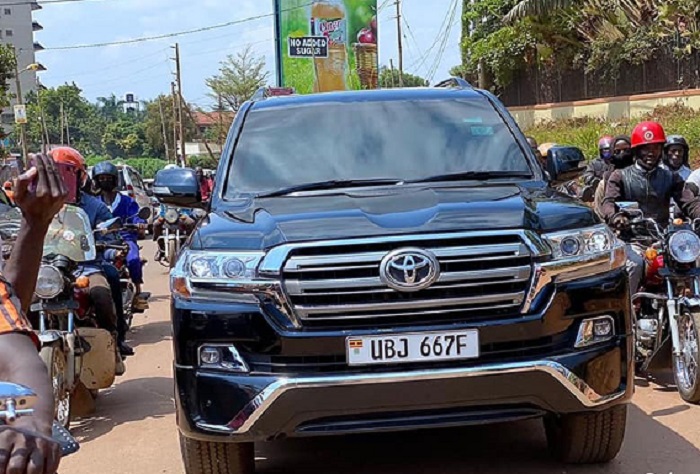 As of yesterday, Robert Kyagulanyi received his armored vehicle after it had been seized by ...