On Friday, North Korea launched another intercontinental ballistic missile which the G7 nations strongly condemned. They also called upon the UN Security Council to take further significant actions to halt the test.

Apparently, the repeated launching of missiles destabilizes the region according to Foreign ministers from the group.

The missile that launched on Friday looked like the country’s newest ICBM with capabilities of reaching the US mainland.

A statement released by the G7 summoned a “United and robust response by the international community”. It also included the need for further significant measures the UN Security Council should take.

The countries in the G7 include Italy, Japan, Canada, Germany, Britain, the United States and France.

Only in this month, North Korea is believed to have fired 30 short, medium- and long-range missiles.

The missile in question was called the Hwasong-17, the latest variant and reportedly the strongest strategic weapon in the world.

The country’s news agency KCNA made these revelations and said the president, Kim Jong UN, witnessed the launch with his daughter.

North Korea has launched more missiles in 2022 than in any previous years. Since 2006, the UN has passed almost a dozen resolutions imposing sanctions on the country over its nuclear activity.

The country however vowed to never close its nuclear program and between 2006-2017, it tested six nuclear bombs. 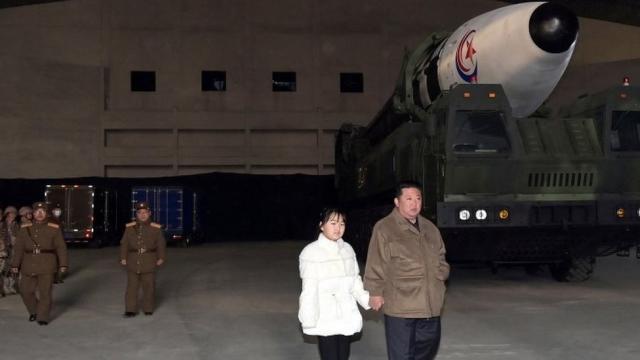