The State Minister for Karamoja Hon Agnes Nandutu has come out to lambast the National Unity Platform’s recent gesture of delivering food to the hunger-stricken region.

She said that they were only doing this for cheap popularity.

Last month, the hunger in the Karamoja subregion garnered widespread attention. This saw different people and entities move to provide relief in their different capacities.

Among these was the Kamwokya-based political party which delivered beans and posho. They however revealed that they met a lot of hurdles in distributing this food.

However, according to Nandutu, there was already food in Karamoja by the government. NUP didn’t even do 0.00% of what government did there.

“NUP taking food to Karamoja is just for cheap popularity. The government does things systematically. By the time NUP sent food, there was already food in Karamoja. NUP can’t even do 0.00% of what we did in Karamoja.

There is no longer a crisis in Karamoja because we are now in charge. We have a strategic plan to ensure that there is food security in the region,” she said.

The woman MP for Bududa district also added that all families in the area all now have sufficient food. She went ahead to say that however the relief being given is short term.

This is because there are many people there to be served by this aid in the long run. Besides the people of Karamoja also fear going to the garden. This is due to the year long drought and being killed by cattle rustlers.

For security which is also a problem in the area, Hon Nandutu said that this will be addressed soon. This is because not all Karimojong are rustlers.

It’s just a small pocket of criminals. She will therefore investigate and finally deliver services to the Karimojong. 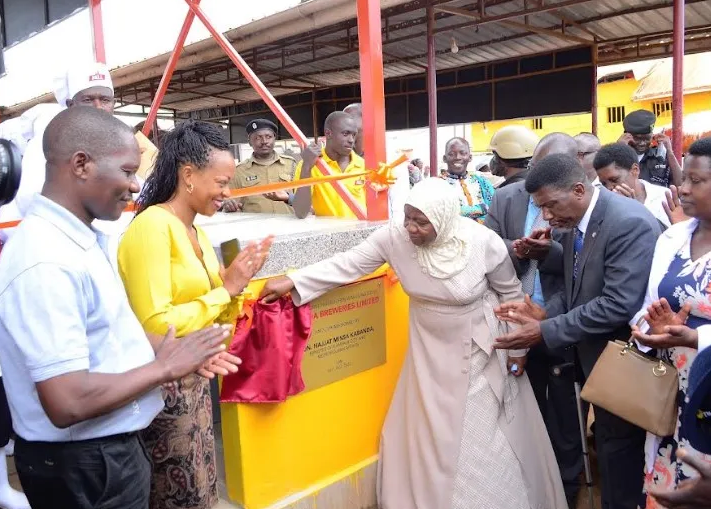 Uganda Breweries Limited(UBL) has handed over a kitchen facility to traders in the Port Bell ...