A distressed man identified as Mwasya Stanley, a resident of Machakos Kenya has revealed how his wife only identified as Grace has been having an affair with her pastor.

A father of two said that his wife has been having a romantic affair with her pastor for more than 2 years. Oh what a shameful moment!!.

“For the past 24 years, it never happened to me that Grace could be so evil to the extent of dating our pastor. He has also been denying me conjugal rights and giving lame excuses.

What surprises me most is that she keeps advising me to seek for spiritual breakthrough and prayers from the same pastor which I do. Surprisingly, the pastor sometimes intervenes whenever we have misunderstandings.

Mwasya said that several people kept telling him his baby mama was having a romantic affair with their pastor. He believed those were just street rumors.

After sometime, the man found a love message in his wife’s phone seemingly from the shameless man of God.

Since then, the man become skeptical. He decided to investigate about the claims which appeared to be true in the end.

“Look I have proved my fears right,” Mwasya elders who came to visit him after learning about the development.

According to the man, he said he had summoned both his wife and the man of God to carefully weigh the matter.

He learnt their moves and eventually caught them enjoying each other sexually in a guest house in Machakos town.

The preacher did a shameful act which left an egg on his face. He got dismissed from work.

The woman defended herself by saying Mwasya was sexually weak. She was forced to fall in love with the preacher who was much younger than her husband.

In similar news recently published by NEWSLEXPOINT.com, the young lady narrated a shocking experience in a message seeking for a relationship counselor.

She actually said from the day her hubby caught her with another man, he has never bothered asking her about the incident or even shown an discomfort or anger. 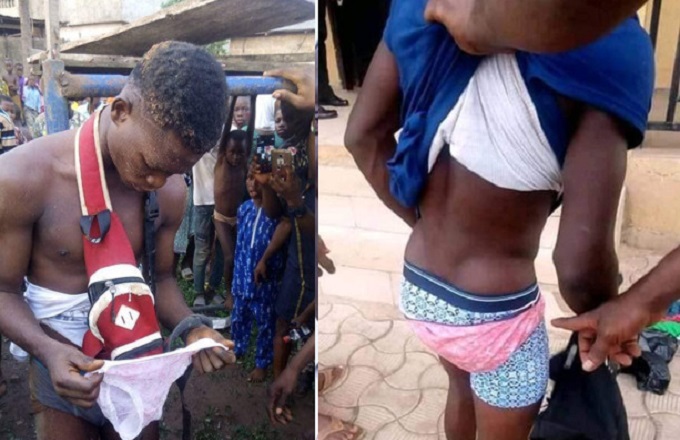 In a rather very strange incident, a man has caused an uproar on the internet ...